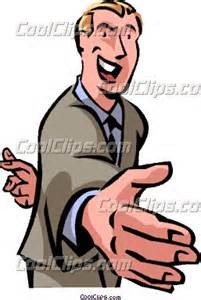 Recently, someone I know was deceived. It was someone she least expected, but none the less, she was deceived. At first my friend couldn’t believe it. She thought somehow it was a mistake. Today, she discovered it was real. What makes it worse is that this woman deceived my friend by acting as if she was her friend. She seemed considerate and thoughtful. However, it was all a lie. What is even more deceitful is that she is now stealing from my friend by an unscrupulous act. When my friend first told me I was really surprised. However, in the past couple of days, I realized that even if you are rich, if you have the inclination to be deceitful and steal, you will. Cheating husbands or wives, or partners can be deceived by their significant other. When the victim in this case discovers they have been deceived, its never pretty. Some couples split, others try therapy, and then there are the wounded partners who seek revenge. They have an affair or several just to get back at their partner. No one wins in the end as two wrongs don’t make a right. I expect that after the dust settles, no one is happy. When people are deceived and robbed of their life savings it is disgraceful. These poor people end up with either starting over, or if they are too old, going on the dole. The thief who becomes wealthy is oblivious to their crime and the consequences. They can only see that they have money and the freedom to do whatever they want until they are caught. Although, many of the criminals do not believe they will be caught.  I imagine that when the criminals deceive people that they have no conscious. There are people who practice deception who are spies for their countries. That is a difficult job for anyone.   I have discussed various individuals who were in the process of being deceived and tried to convince them otherwise.  Sometimes its just not possible.  I hope if you know someone who has been deceived that you will do everything in your power to help them.