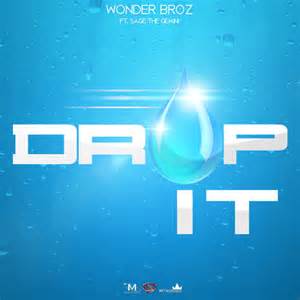 How many times have you been in a discussion or argument when you ask the other person to simply drop it? They not only keep going but you reach a point where you begin to lose your patience. There are people who constantly bring up negatives things that happened to them in their life or possibly something negative you did to them and they will not let it go. Even a dog learns that when you say, “Drop it,” they let go of whatever they are carrying in their mouth. Usually when individuals are involved in an argument, and they are losing it they will say, “Let it go, drop it.” Then, the person who knows they are in the right, moves in for the kill to destroy them and whatever their theories were. There are also people who refuse to let go of an error or mistake. They are the ones who makes tons of mistakes but never own up to them. They consider that whatever they did is insignificant and doesn’t really matter. If you remember when you were young and even the teenage years, if you did one minor thing wrong, one silly little infraction, many parents would hold it over your head and make your life miserable. It’s like the people who say, “Do what I say, not what I do.” Seriously, that is how we all learn is from each other. As children and even as adults, we never stop observing, learning, trying new things and pushing our education whether formal or otherwise.  This occurs in the workplace as well.  It’s particularly annoying when a workmate throws it back into your face.  There is an episode on the “Big Bang Theory,” in which Leonard is reminded of an error he made and Sheldon goes into a fit of laughter over it.  Of course, Sheldon doesn’t let the error go with Leonard.  In fact, any of Leonard’s mistakes are thrown into his face.  Once in a while, the writers should have Leonard say, “Drop it.” When  insignificant arguments arise, if drop it fails, walking away is always a good choice except when they follow you.  The only argument in the Good Gus Series is in book one, between Bard Bart and Bob at the Sweet Shop.  However, Sheriff Gus resolves it peacefully.