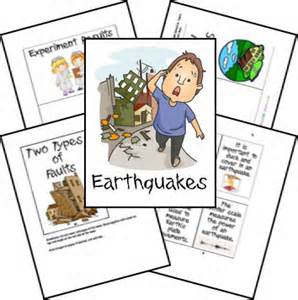 Today in the news was a story about the nine earthquakes in Texas. That is one of the last places you would think would have earthquakes, but they do. There are several locations in the United States as well as Latin America, parts of Europe particularly Italy, Japan, India, Asia and even New Zealand where earthquakes are common. When I wrote book seven, “The New Library” it was because I had known of Texas having minor earthquakes in the past. However, lately the number of earthquakes seems to have escalated. In “The New Library” the children, J.C., Bronco and Heather are stacking the new shelves with books when the earth rumbles. Before you know it, two of the children, Heather and Bronco have been knocked down and are covered with books. J.C was in another section moving books. At first he couldn’t move when he saw what had happened. Then he began yelling and before long Sheriff Gus was there throwing books everywhere to find the children. Half the town heard J.C. screaming and they went running to the new library. Doc Moore heard the yelling and ran out of his office towards the library. Once the children were free, he checked them over and proclaimed that they were fine, just a little bruised. No one in the town had ever experienced an earthquake, but Sheriff Gus knew because he had read about them in a book. Being in an earthquake can be scary. I have been in a few including once in New Hampshire and a few in California. Its always best not to panic. Today, however, the earthquakes destroyed the old Cowboys stadium. It is always best to be prepared for any weather events. Its also important to teach children what do do in case of an earthquake and the preparedness for the after shocks. That was what the point was when the earthquake hit Pecos. From that point forward Pecos was prepared. The Good Gus Series gives children an idea of weather events that will teach them how to be prepared should one occur.