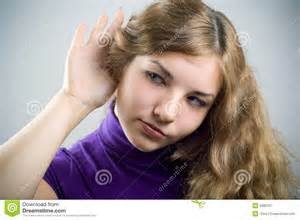 Do you find eaves dropping annoying? Whenever someone is eaves dropping, they never get it right. They start a conversation with you and then dance around the subject until they find a way to ask you whatever was none of their business. I worked with a woman who was constantly eaves dropping. She would always be lurking about and then a few minutes after your conversation she would sidle over and start conversing trying to broach various subjects to see if I would tell her about my conversation. Of course, I never would. Then, she would say, “I was just curious.” I knew those four words meant she had listened in to a conversation that was none of her business. I always dreaded even speaking to her because she simply couldn’t mind her own business. I am sure that anyone reading this blog has had the same experience. I would play with my words and avoid answering her questions. I would turn it around and ask her questions. Another workmate tried listening in to her conversation, but she was clever. She knew more than one language and would immediately switch to a language the workmate or anyone around her didn’t understand. Finally, a male co-worker made up some outrageous story. When she was finally exposed, she simply brushed it off and tried to turn the whole story on him. She made accusations and insinuated a variety of unkind behavior by him. I have often heard people complain about their neighbors listening in to their conversations while they were in their garden. There have been movies and many TV shows with the plot revolving around eaves dropping that set off a chain of negative events. It’s usually resolved in the end. The eaves dropper I think is also a gossip. They have no life so they rely on others to bring some excitement, adventure, interest, etc. into their lives. I hope you don’t have an eaves dropper in your life. The new web site for Mae Charles books in in the works. It will offer my new book “Misplaced Trust” and business articles.