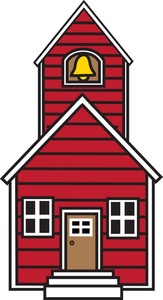 We all strive to be educated. Some of us attend the college of hard knocks. I never understood that phrase until I was in my forties. Being well educated from the college of hard knocks, a person learns a variety of subjects and can converse easily with just about anyone. Schooling isn’t always the answer for everyone. However, the majority of individuals around the globe prefer tradition education for success. I doubt that anyone would say that David Karp, founder of Tumblr, Ingvar Kamprad, founder of Ikea and Ansel Adams, famous photographer, who were not well educated and drop outs, were failures. It may have been their ability to learn quickly and understand things, plus the follow through to achieve their goals and financial success. There is a great deal of discussion around the globe as to which countries have the best educated children and work force. Undeniably, it is quite controversial. The United States as well as a few European countries import students with the agreement that once they have completed their college education they will remain in the U.S. and Eurozone for the benefit of the economy and in return for their education. There are individuals who feel because they went to a top notch college that they are above anyone who attended a city or state college. Education is what you make of it. I have heard about colleges in the U.S. that are labeled party schools and therefore many students who are in that frame of mind because they either have a grant, parents or a student loan that will cover the costs and can therefore party and squeak by with a degree. I personally prefer the European college system. Whatever you are studying is your main focus for your degree. You are not required to take classes that are superfluous to your course study.  You end up with the knowledge required for your preferred career.  What do you consider is an educated person?  I think it is someone who takes the time to read and is interesting.  It doesn’t mean you have to know about everything, but a well rounded education includes a variety of topics that you have at least a basic knowledge and understanding.  In the Good Gus series, all the children attend school and wish to become educated.  Nurse Joyce, Doctor Moore’s nurse was educated in England and traveled to Pecos to work with him and the citizens of the town.  Dr. Moore, Nurse Joyce and Miss Patty are the three educated citizens of Pecos.  The series gives the children the examples not only of being educated, but working hard and helping others.

The new website maecharlesbooks.com is now down to about one month away from being up and operational.  There will be a new book for adults entitled “Misplaced Trust” and a Consumer Money Manager for anyone who hates budgets but wishes to turn their financials around.