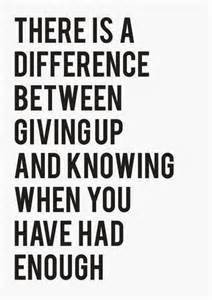 When is anything enough? People complain and use the word enough. It can be during a conversation where a person is repeating themselves or even a parent trying to stop the bickering between their children. As we go through life, there are often times when we simply say “Enough is enough.” It usually means we have had it with something or someone. When you see the articles on the internet about the humiliation and embarrassment that famous people endure, do you find yourself saying enough? How often does the paparazzi have to hurt people such as Jennifer Garner, Anna Duggar, lately and before that Elin Nordegren, Sandra Bullock and several others. I fail to understand why the paparazzi cannot have a little consideration and stop publishing anything that can hurt people. I understand that they need money and sensationalism sells, but when is it enough? They need a button on their brain that says stop, move on to something else. If they have all that free time to follow people around just waiting for a shot at publicizing something negative, why don’t they try doing something more worthwhile. I find it ridiculous, as I stand in line at the grocery, all the headlines tearing down celebrities. Apparently, they don’t deserve a private life. There are also magazines about losing weight on just about half of all headlines. How many new products can 100% guarantee that a person will lose weight, reverse aging, thicken hair and anything else that you can think of? I say enough. There has to be better articles that bring in cash for the paparazzi rather than this. There have even been movies where the celebrity spies have dug through their trash trying to get the goods on these people. There also needs to be someone who says enough to all the wars.  The majority of people in the word are hard working decent human beings who care about one another and the world.  Trying to convey that worldwide is very difficult.  The next time you have had it with something or someone, stop and say “enough.”