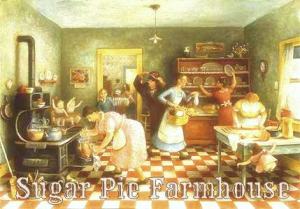 People around the world eat fast food. I don’t care for it but its a huge industry. I was watching PBS with my granddaughter today when a group of children were singing about teens eating fast food. They were not there to sing with them as they had stopped to eat fast food. When I was young, fast food was just beginning. It wasn’t too popular but as time went on it certainly became the large commercial industry it is today. Many of the articles on the internet discuss fast food and how bad it is for everyone. It doesn’t have any impact as people continue to buy the food. I saw a commercial on television about three men eating at a fast food restaurant. What amazed me was they were eating high fat, fired foods with a diet drink. My only thought was why bother with the diet drink? Many individuals in the health profession tell people to eat low fat, stay away from fast food, and yet if you arrive too early at their office, what are many of them eating? Fast Food! Since tomorrow is Thanksgiving in the United States, I hope many people will appreciate the abundance of food and the extensive choices they have in foods. As people in the United States prepare for the holiday tomorrow, I hope they will take the time to think about how it was in the old west and the First Thanksgiving. Everyone pitched in and were grateful for their crops which is what the people in the Good Gus Series represent. I hope as you think about the positive wishes for Thanksgiving, you will consider a book from the Good Gus Series.