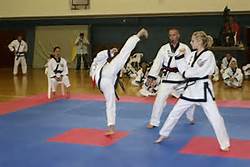 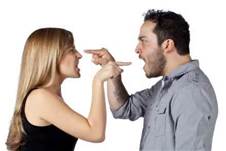 There are two types of fighting. One is physical and the other is emotional. The physical fighting in general is a sport that people are paid large sums of money. There are fighters who have rules about themselves and their families, such as Laila Ali. Then there are the fighters who take fighting outside of the ring and batter women and children. A few of them continue to earn millions unfortunately. If you can’t control yourself outside of the ring, then you shouldn’t be in the ring. Many of the fighters take parts of their winnings and use the money to help the sick and the needy. Then there are the people who just love to fight with someone, anyone, so long as they can do battle with words. I was at the cable company today and the woman ahead of me was arguing with the clerk about her bill. Even though it was not an accounting or billing office she just wouldn’t let go of her argument. A second person tried to assist the first person, but the woman seemed to become angrier and angrier. I waited a very long time before another person could assist me. While she was assisting me, the other finally walked off in a huff. If she had listened to the first clerk, she could heave left and called the billing office before it closed. She basically took something small and blew it out of proportion. I know people who are like that. A disagreement begins then escalates into an all out fight. Mean and nasty words are exchanged sometimes followed by threats. Then one of them starts an email campaign to make sure every person they are acquainted with mutually knows what a horrible, despicable person their now opponent is. Do you know what the worst part is? It’s generally about something insignificant. There are so many serious issues in the world why people waste their time and allow themselves to be dragged in to an all out fight shows, at least to me, that neither people have enough to do in their lives otherwise they wouldn’t be involved in this type of behavior. People who don’t apply themselves and possibly do nothing but sit around and dwell on the past or mistakes, aren’t moving forward in their lives.  There was no physical or emotional fighting in the Good Gus Series as I felt it would be a bad example to the readers.