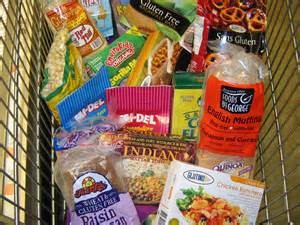 After having food poisoning, food is completely unappealing. What’s worse is that as I am recovering, almost every commercial on the television is about food. It looks totally unappetizing. Speaking of food, I read that in the United States, dining in restaurans sales have over taken grocery sales. It’s a shocking statistic. When I was young, it was mandatory to be at home for dinner. It was never restaurant food. We ate as a family and discussed our day’s events. It was also a time when the dad, in my case my grandfather, would have come home from a hard day at work and expect his food on the table. It was a different era. It was also a time when if you misbehaved at school a note was sent home and after dinner, families sat around the table discussing the issues. I didn’t attend parochial school, but I had friends who did. The nuns didn’t send home notes. They disciplined right in school. I heard some of their punishments were quite unpleasant. One girl told me she was caught chewing gum, so the nun put the gum on the ground during recess, then picked it up and forced her to put it in her mouth. If that was true, that was disgusting. Sometimes they called the parents to inform them of the disciplinary action they felt might be appropriate for their children. When the real J.C. was in high school, in Texas, he took a metal shop class. The teacher told him not to touch a specific machine. Naturally, he did and was paddled! I always ate dinner with my children when they were growing up. I was one of the original work at home Mums. I enjoyed that time as we we would talk about their day and laugh and joke. They are great memories. Its difficult in these days as many parents work outside the home, and work one or more jobs. Restaurant food is fast, convenient, and it at least gives them a brief chance to spend time with their families. In the Good Gus Series, many of the townsfolk’s ate at Mary’s Cafe.  She had good home cooking and it was more of a gathering place.  There are two single parents in the series, along with two families with both parents. Many times the single parents ate with their children at Mary’s Cafe’.