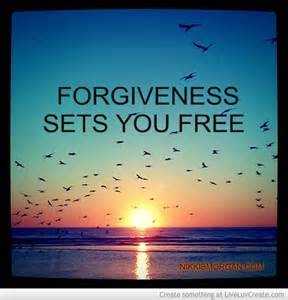 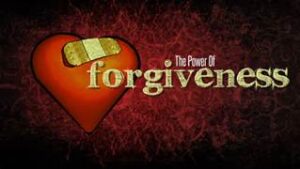 During the holiday season, many people seek forgiveness for past wrongs or hurts. They believe that this time of year softens hearts  hopefully,  and achieve the forgiveness they are seeking. Forgiving someone isn’t always easy. We teach our children about forgiveness early on particularly towards their siblings, playmates and other young family members.  Teaching children to forgive is a difficult task.  The child is sure that they are right and the other child is one hundred percent wrong.  Convincing them otherwise takes patience and a lot of work.  Sometimes the child who is assured in his or her mind that they are not wrong, will have a temper tantrum, stomp off, or even start yelling.  They will use just about any tactic to prove that they are right.  In the end, it may take time for the child to accept that they are not absolutely correct.  Forgiving a sibling for a misdeed is not always easy either.  I recently saw a Christmas movie about a couple that end up being stranded and travel together to make it to their destination.  The female wanted to meet her future in-laws which she later realized was not worth the trip nor to remain engaged to their son.  The male had given up on Christmas but was going home after four years to see his mum.  His brother, who had taken his fiance away four years ago, was now engaged to her and they were getting married before the new year.  He could not find forgiveness in his heart for both of them. However, as he began falling in love with his traveling companion, by the time he reached his mum’s house, he had forgiven his brother and ex-fiance.  The brother even asked him if he wanted to pop him and he said no.  All was forgiven.  Divorce and failed marriages for some couples have a lot to do with being unable to forgive.  Sometimes there is behavior by the other person that is just too difficult to forget, let go and even forgive.  Family feuds begin with an act or event which triggers anger and then each family divides over the incident.  If you look at history the old feuds between the Hatfields and McCoys for example,  were started over anger losing in court.  One side felt the other had used undue influence to a positive decision in their favor.  It led to more fighting. In 1888 when the feuding participants were sentence to prison and hung  it was the final end.  Why couldn’t they have sat down and worked it out?  No one will ever know. Lastly, anyone who has guilt about doing something wrong, making a mistake, should figure out how to forgive themselves. In the spirit of forgiveness, “The Special Gift” offers a wonderful example to children without any lecturing.  The Christmas books are selling fast.  Don’t miss out on your copy.