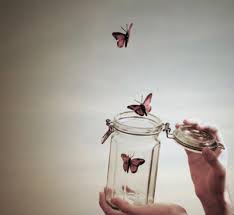 Freedom is very precious. Anyone who resides in a civilized country appreciates their freedom. The immigrants fleeing Syria and Africa understand all too well the importance of freedom. Often you hear people express their thoughts on freedom of choice, religion, speech, movement, marriage partners, attire, music, and anything else that comes to mind. As young children, we all wanted freedom. Sometimes it was to ride our bikes down the street to our friend’s house, or to the store for special treats such as candy and ice cream. As teenagers we demanded freedom for curfew times, our general comings and goings, who our friends were, smoking, drinking, and whatever else you may done during those years. When we finally received our freedom including learning how to drive a vehicle, along with that came responsibility. Something as  young people we really didn’t want. The fun part was doing and saying whatever we wanted to and making our own decisions. The negative part was now we had to pay for whatever we needed, if we wanted a car the money to buy it and then insure it; or even money for new clothes for a date. Many people consider freedom if they have a trust fund or hit it big with an invention or the stock market. Then they don’t have to worry about money and they really can do anything they desire.  A number of  people consider working at home as freedom.  I have worked at home for thirty-four years and really appreciate it.  If I want to do laundry in between work, I have all the time I need to finish it.  If there is a doctor’s appointment, or when my children were younger a school event or game, I was always able to attend.  Before I worked at home, I worked in various offices.  I hated it because I felt like I was locked in from the time I arrived until I left.  There were always short lunch breaks, but never long enough to go anywhere or do anything.  If you didn’t bring a box lunch, the food in the vending machine was your only option. I am happy to say I never purchased it.  It really didn’t look appealing.  I know that many countries in the Eurozone are assisting the refugees, but there are many other countries and entire continents that could lend a hand.  After all, we are free and do not have to escape from wars and don’t have to start over in a new country with a new language, learning how to find a home, a job, and navigate a grocery.  In the Good Gus Series, there was a real sense of freedom.  Everyone was really their own boss except for Sheriff Gus.  If you are reading this blog and are living where your choices are unlimited, I am very happy for you.