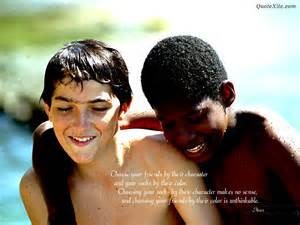 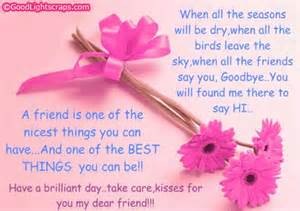 You never who your true friends  are until you are sick or in need. I had extreme food poisoning, believe it or not from yogurt. What I was impressed by most was that the true friends called to check on me and followed up even when I spent six hours in the emergency room of the hospital. As children we occasionally develop relationships with people who are our real friends for life. Wherever we go, whatever we do, they are always there if we need them. Growing as children we learn quickly about true friendship. If we are playing ball and accidentally break someone’s window, the true friends stay and face the music with you. They don’t run away and leave you to the consequences. Over time, as we went through school it became easier to figure out who were our real friends. They were the people when times were difficult were still your friend. They were the friends who stood by you when your parents’ financial situation changed and you no longer wore the “in” clothes, or you couldn’t play a sport as you didn’t have the extra money for the equipment, uniform, etc. They were the friends you could confide in if your parents were having trouble and then slit up. As we went into the workforce, there were new challenges as to whom were acquaintances, friends of circumstances, business associates, workmates, true friends or your enemy. When I first started working, it took me a while to figure it all out. It was easy enough to discern acquaintances, business associates and workmates’ relationships. It was the friends of circumstances that took a bit to figure out. At first when I was really successful, when I was much younger, I could not tell the difference. Gradually, as the economy changed, my business deteriorated; that’s when I discovered who my true friends really were. There was a movie with the late James Garner, “The Ultimate Gift” that gave a young man a reality check. He had inherited money from his parents and his grandfather. However, when the grandfather passed, he decided that the grandson still had potential and provided in his trust that all his money be taken away and he be forced to learn how to actually work. As soon as his money was gone, all his friends and girlfriend dropped him. Eventually he learned the value of money and hard work. He inherited the bulk of the grandfather’s estate. Once he had his money back, the girlfriend came right back, but he had learned that he was simply a friend of circumstance. All the characters in the Good Gus Series are real friends. Its a great example for children.