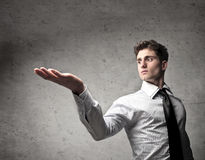 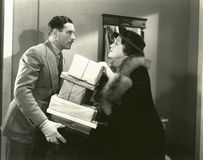 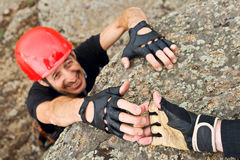 Every once in a while someone needs a helping hand. Many people count on a person giving them a helping hand and others consider it to be charity and don’t want it. There are so many problems in life, both large and small, that anytime someone is willing to give a helping hand, the person receiving this gesture should appreciate it. There are people who lend a helping hand and the recipient is never aware of it. That, in my opinion, is the best way. Family automatically assumes that when they mess up, make a mistake and land in some type of trouble, that all members will lend a helping hand. They should not assume that it’s the family’s job to bail them out of a mess. They should first try to repair the damage themselves and figure out a way to solve their problems. Then they should ask for assistance. It’s important for all of us to learn how to stand on our own. In the early part of the 1900’s  up until about 1960 or so, women were automatically expected to stay at home and take of the husband until they had children. Then it was still their responsibly. It was a time when women were almost required to be dependent upon men. Only unmarried women were allowed jobs and there were very few married women who worked. The entertainment industry opened doors for women and even if they were married with children, they often made so much money that the men didn’t care. Women who lost their husbands due to the wars, accidents, etc. had a very difficult time obtaining jobs. There was no day care and they really needed a helping hand. There were other women who understood and would assist with child care so that the widows and occasionally divorced woman, could work and support their families. They were truly kind people who lend a helping hand as much as they could.  There were women in the movies with a story line that as they lent a helping hand, if their husbands disapproved, they had to stop. The single dad back then had it easier.  There were always women available for marriage and willing to take care of the children.  Families did lend a helping hand as there was no other way for the single parents to survive.  There was also no government assistance programs as there are in many countries around the globe.  Today, there are many opportunities for single parents, whether they are men or women. In the Good Gus Series, there are two single dads.  The neighbors, and particularly, Mary, from Mary’s Cafe,’ were always available. Today, the real Gus of Good Gus books became a new dad to a baby girl!  Remember, maecharlesbooks.com has the Money Manager that will lend you a helping hand with your finances and make your life easier.