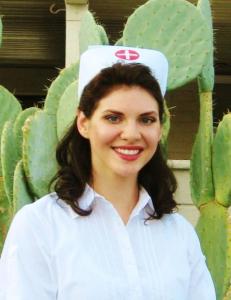 Our heritage is very important. It gives us insight into our family’s past and also to who we are now. It can also make us aware of any diseases or conditions a previous relative had and if it will affect us in the future. Sometimes it can even explain why we think or behave the way we do. The residents of Pecos, Texas in the Good Gus Series were the grandparents of the baby boomers of today. They paved the way for their future relatives to have a better life. For example, Nurse Joyce was an orphan who attended nursing school in London, England. Doc Moore wrote to the nursing school as it was one of the finest nursing schools in the world. There weren’t any schools in the United States although Clara Barton introduced better sanitation methods during the War between the States. When Nurse Joyce boarded a ship to the United States, it was a new beginning for her and the start of her heritage. Both Ray and Miss Patty’s relatives came from Africa. Their family gave them to chance to be educated and skilled to improve their family heritage. This was also true of Doc Moore whose parents were from two different countries, Africa and England. Sheriff Gus’s family emigrated from Ireland. As you can see, the characters in the Good Gus Series took their family heritage and improved their lives and the futures of their families. There are other characters in the Good Gus Series from Italy, France, and South America.  All these wonderful people took chances in hopes of not only improving their lives but the futures of their families.  As you search through the titles of the Good Gus Series choosing a book, remember that these stories contain the heritages of a variety of people.