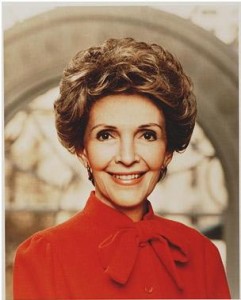 Nancy Reagan had a campaign when her husband, Ronald, was president of the United States against drugs and her motto was “Just Say No.” She was heavily criticized as many people found that to be a ridiculous idea. However, by teaching children at an early age to just say not, eventually there was an impact on the use of drugs. There are people in life who tend to take advantage of others. The people who need to just say no are the ones who are being taken advantage of. It’s not always easy particularly if it is a relative. Family members feel that they are justified in taking advantage of other members simply because they are related. It should not be that way. Families should respect each other and think about what they are asking before they make a request or worse assume a favor. When one tries to just say no to a family member often they will use guilt as a form of persuasion to attain their goal of whatever they are seeking. It’s just another form of disrespect. A family member can easily bully a person into saying yes for whatever the favor might be. The family member won’t think of it as being a bully, but more their right for you to do whatever they ask because you are related.    Older siblings seem to have that attitude towards the young ones even as adults.  As children and teens they automatically assumed that they were in charge and the boss of the younger kids.  In reality, they were overstepping their bounds and were sure that they held power over the younger children and teens. It is very difficult in the workplace to just say no to the boss or manager.  It is imperative, though, if they ask for something inappropriate, that you do just say no.  You can always find another, better position.  Young children understand the word no.  They hear it so frequently that they start saying it as one of their first words.  I programmed my children when they were young against cigarettes.  Nancy Reagan’s motto of just say no was popular in the school system when they were growing up.  It worked for them and their friends.  The same with the cigarettes.  So, if a family member or boss asks you for a favor, don’t be shy, just say no.  In the Good Gus Series, the parents often just say no.  However, the children do not always follow them and usually end up in a bit of trouble. The Money Manager at maecharlesbooks.com will help you learn to just say no to lending funds even to family, over spending, and learning how to keep on the program for your personal benefit.