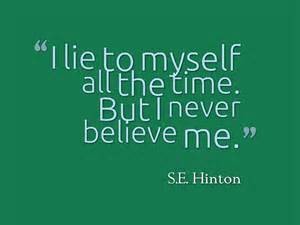 Lies, lies and more lies! Everywhere you go, every time you turn around someone is telling a lie. Some days it just frustrates me about all the lies. Only recently, a member of my family was falsely accused of leaving the scene of an accident. The relative is innocent and now today these lying people have filed a claim with the insurance company. The relative did not leave the scene and in reality only lives thirty feet from the supposed accident. A police person visited my relative and said there was no damage to the accuser’s vehicle. Why are they saying these lies to the insurance company? Simple, money. Even in the workplace, people tell lies all day long. Often its to cover up for a supervisor or boss who doesn’t wish to speak to a client for a variety reasons.  It could be anything from a client is looking for  an order that isn’t complete or hasn’t shipped, a new adverting campaign, a legal document, or just advice.  Often friends of professionals in the accounting and legal fields ask for free advice.  They don’t seem to understand that the professionals went to school to learn their skills.  The friends also forget that the professional’s time is valuable and most likely billable. Then, there is recently  the case of Volkswagen for false tests for diesel emissions. The CEO was forced to step down. Their stock dropped dramatically although it seems to be recovering a little today. All this for lies about diesel emissions. What I don’t understand is that they breathe the same air we all do. Why would you want to add emissions to pollute it? Wait, we all know the answer, money! We all like money, but so often the lies that accompany it are distressful. Recently my son and I drove one and one half hours to a dealer for a specific product.  Not only  were there lies in their ad, but one sales person quoted one price.  Then a second one came along and increased the price.  Seriously, why would we do business with people who blatantly lie like that?  Children learn about lies early on.  It can be something simple such as making a mess and claiming the dog did it so they won’t have to clean it up or worse during the teen years when clearly they are doing things they shouldn’t.  In the Good Gus series, the twins, Johnny the Cat and Jimmy Ray promise their mum that they will not go anywhere near the rodeo that is being set up at the end of Main Street.  As soon as she is out of sight, they head straight for the end of the street.  Their dad even sees them and asks where they are going.  They pretend they don’t see him and ignore his calling out to them.  Then, when something happens, their lies become evident.  Its a great book, “Johnny the Cat and Bronco Ride that Bull.” It is ideal for Christmas gifts.