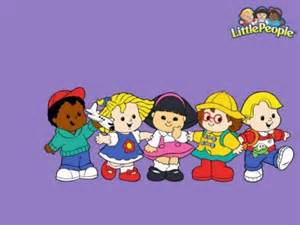 There are a number of television shows in the United States featuring little people. I love a show entitled “The Little Couple.” They are both little people and adopted a boy from China and a little girl from India who are also little people. They have had many difficult times because of the height as it causes numerous health issues. Over all the show is basically a happy show that presents just because you are short doesn’t mean you aren’t successful.When my daughter first started taking dance lessons she was three years old. She had a wonderful teacher, Kathy Blake, who understood children and danced right along with them at each lesson. Eventually, she moved out of her home into a studio as her popularity grew. As the classes expanded so did the students. One of the students that joined was a little person. His grandmother brought him every week without fail. At that time, (twenty-nine years ago), her goal for her grandson was acting. She had been raised that there was limited opportunity for little people. Most of the girls were nice to him. Since he was the only boy, Kathy usually made him the star of the recital shows. One summer there was a special dance symposium and she suggested that my daughter attend. It seemed like a good idea so we signed up. They were taught various steps by accomplished dancers. It was a lot of fun. The boy from my daughter’s class also attended. By the second day his grandmother was really tired. I suggested that I take her grandson along with my daughter to the pool during one of the long breaks. She loved the idea because she really needed to nap. As we approached the pool I noticed the other guests both children and adults staring at the little boy. I ignored it and told them to have fun and swim. They chose a pool with other children and once they were in the water, the other children moved to a different pool. My daughter didn’t notice as she was having a great time. I often wondered if the boy noticed. When I wrote book twenty-two, I had this little boy in mind. One of the lines in the story is: “What are you all looking at? She’s just a girl like Haley and Heather!” As you search for books to help the child or children in your life appreciate all people regardless of appearance, I hope you will make the Good Gus Series your first choice.