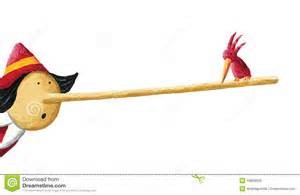 I have written about lies before, but now I decided to write again about lying. Yesterday my daughter called a local hotel to book a room for her best friend who was combing to visit. There was no room in our home as we had so many other guests, so she called various hotels trying to find a room. Most of them were booked. She finally found one near our home which sounded great. She very specifically asked the reservation woman if there was a pool. She was put on hold and the woman returned to the call and said yes. When her friend tried to use the pool later tat evening, there was a sign saying it was closed. She thought it might have been the hour as it was near 10:00 p.m. Today she attempted to swim again and the sign was still saying closed. She went to the lobby and asked the hotel clerk who promptly replied that it wouldn’t open until May. Why was lying necessary for the reservation clerk to capture the sale? Lying is so commonplace its ridiculous. My favorite lying is when you verify with the doctor about the time of your appointment and then you wait for one to two hours. We all understand that doctors have emergencies, have to deal with a difficult patient, but when you call to verify that the wait is short, why does lying instantly occur? Another favorite of mine is when you have to take a prescription and the United States Federal Drug Administration states that the medication is not approved for your temporary condition even though the doctor prescribed it and you know that it will work. I also hate the lying when you call a retail store and ask for an item to be placed on hold so you may rush down to collect it. Then when you arrive, its not the item you asked for and “oh by the way, the item you wanted is out of stock.” That is unacceptable lying. Lying is not allowed in the Good Gus Series. Its a matter of principle. If you find your children lying, may I suggest a good moral lesson from a book from the Good Gus Series.