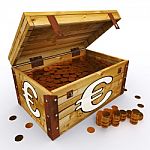 Making a profit is essential to any business. Even governments make a profit through taxes. When people think about businesses, they generally focus on grocery stores, clothing shops, a butcher, a pastry shop, restaurants and just about any business you find at a mall or in a town. No one stops to think that banks, utility companies, medical facilities and even churches are in the business of making a profit. How you make a profit is another matter. As the economy deteriorated, did you notice a sharp increase in bank fees for example? I certainly did and they didn’t just raise them a little, they went up over two hundred percent. Realty companies are another example of profit making organizations. Many years ago I was in a group of people who invested in run down properties. We would put money into them, upgrade the property and then sell it. One time we visited an apartment complex that needed a complete renovation. As we toured the buildings I realized that the people living in those apartments were very poor. If we bought that complex, they surely would have to be evicted as once the repairs were completed, they wouldn’t be able to afford to live there. I refused to make an offer. I simply couldn’t see myself making their difficult situation worse. Making a profit is very important, but sometimes its more important to do the right thing. I saw an old show with a similar situation. A widow with three sons was trying to sell her home. A Realtor pointed out to a prominent citizen that it would be a good investment for him as the city was going to build a new freeway and the house would have to be sold to make way for the new road. The citizen decided to make an offer, but his wife objected. She felt that whatever business dealings he had, that it was better to be honorable. Eventually his conscience won out and he told the widow no. Naturally, it all ended well. The businesses in Pecos, Texas, home of the good Gus Series are indeed profit making shops. However, there isn’t any deceitfulness involved. As you contemplate your final choices for Christmas gifts for children, I hope you select a book from the Good Gus series .

This site was… how do you say it? Relevant!! Finally I have found something which helped me. Many thanks!

I appreciate your comments. I am glad you enjoy my writings.

Does your site have a contact page? I’m having trouble locating it but, I’d like to send you an email. I’ve got some recommendations for your blog you might be interested in hearing. Either way, great website and I look forward to seeing it improve over time.

Fantastic blog you have here but I was wondering if you knew of any forums that cover the same topics discussed here? I’d really love to be a part of group where I can get advice from other knowledgeable people that share the same interest. If you have any suggestions, please let me know. Thanks a lot!

I have no idea, but thank you. I try to write about topics I believe parents would be interested in.

Hi, i think that i saw you visited my website so i came to “return the favor”.I’m
attempting to find things to enhance my web site!I suppose its ok to
use some of your ideas!!

Why would you take my ideas?