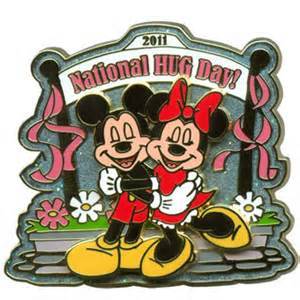 I did not know that today was National Hug Day, did you? It was launched on January 21, 1986 by Kevin Zaborney in Caro, Michigan, USA. It was his idea to create a National Hug Day. He thought that between the New Year and Valentine’s day people would be feeling low and needed a bit of cheer. There have even been studies about hugging. There are a variety of thoughts on the subject that include hugging with a person you love reduces stress, heart disease, and can even build a good immune system. The National Hug Day even has its own website and is on Facebook. Its a wonderful thought as the world would do well to hug more and fight less. When we were children, we hugged and loved being hugged. It was a sign a affection. When we were teenagers, hugging by our parents or loved ones unless it was a boy or girl we were dating was taboo. Then as we matured we began to appreciate hugging. I once recommended to a friend whose teenage son wanted absolutely nothing to do with her to hug him every chance she could. Eventually he realized she really did love him and began to return his affection. In the Good Gus Series, Mary likes to hug. The first time she met Heather, Charlie’s daughter, she immediately hugged her. Her sons looked on in amazement. Affection is shown throughout the Good Gus Series in a warm way. I hope you will think about a book from the series for the child or children in your life.