Its Not Always Sunny in Pecos 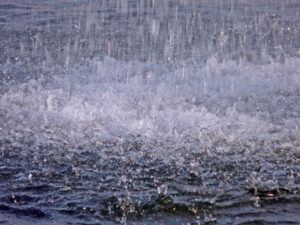 “Its Not Always Sunny in Pecos” is a book I wrote about one year ago. It is number sixteen. Many mornings most of us wake up to cloudy days particularly during the winter. In Pecos, Sheriff Gus dislikes the month of September as its the rainy season in Pecos, Texas. On the third day of torrential rains, Sheriff Gus can’t stand the fact that he hasn’t checked any of the families outside of the town of Pecos. He decided that he must do his duty so he walked through the rain and mud to Ray at the blacksmith’s shop, He explained his dilemma and Ray  suggested two of his finest horses to help him traverse the nasty weather. Ray also volunteered to ride with him as his business was extremely slow also due to the heavy rains. Sheriff Gus made the arrangements and the two rode out of town. As the approached the Pecos River, They saw an animal stuck in the mud. It took a lot of effort but they rescued the colt. As always, there is a happy ending in all the Good Gus Series stories. Today I heard a commercial for Barnes & Noble saying that a book is a special gift for Christmas. I had to stop and listen as it is so rare that anyone says that any more. I know they are anxious to sell books over the holiday season, but at the same time, they are right. A book can make a child’s imagination run wild. It can give them a new perspective on a variety of topics and even appreciate people and things that they never thought about before. I hope like the people at Barnes & Noble you will consider a book from the Good Gus Series as a special gift for the child or children in your life.