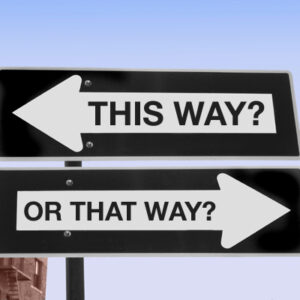 In almost any country where people drive automobiles, there are one way streets. If you travel down a one way street the wrong way, it can cause problems and even an accident. When I was taking my drive test for my license, the government tester had me make a turn and another car was going up the street the wrong way. He literally screamed at me to stop on which was a very steep hill, and then he jumped out of my vehicle to give the wrong way driver a ticket. I passed but only barely. When you think of one way do other people come to mind who are selfish and inconsiderate? One way people are all about themselves. Whatever choices or decisions they make, it is them first and whomever is in their life second. It is especially true of people who are an only child. Because they never had to share, their parents catered to their every whim (well most parents tend to do that), gave in when they should have used discipline, and gave them just about anything and everything they could want or hope for. They are people as adults who seem to feel entitled regardless of the circumstances. For example, let’s look at a married couple. They have two children and are just barely making it financially. The wife has health issues and cannot work so he is the breadwinner. He wasn’t forced into this marriage, but chose it. However, now that he is responsible, he really doesn’t want to work. When he does work he feels entitled to all the money, even though it should all be reserved for the family and bills. He will think nothing of eating take away, dining in restaurants, buying items for himself that he really doesn’t need and spending the money for his personal entertainment which could be anything from the movies, to video games. As an adult, breaking this man of these habits is impossible. The one way all about me is so ingrained that it is almost insurmountable to make him see reality. Even in the work place, there are people who are so one way, it makes the work environment uncomfortable. Sometimes they seem almost lazy as they would rather play on the computer than do the work assigned to them. They also seem to be the same people who take extra breaks and long lunches. Working with them is a nightmare as they are so one way that its just too difficult to do your own work without their direct or indirect interference. I do have family members who were only children, but their parents expected more from them and they spent so much time with their cousins that they did not grow up with that one way selfish attitude.  In the Good Gus Series, there are three families that only have one child.  However, the families are intertwined and there are no selfish one way attitudes by any of the children.