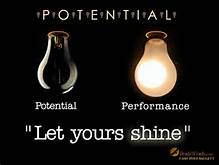 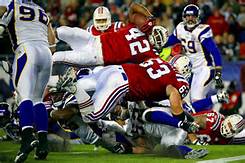 Everyone has potential. It’s how they use it that counts. As children we were told from the time we could understand the meaning of the word potential, that we needed to live up to it. I am sure those were words you came to dread hearing particularly by the teenage years. It never mattered what the subject was, it was always about living up to your potential. Take sports, how often have you heard on the radio, TV, or even read about sports players not living up to their potential. What is probably quite annoying to the sports players, is that they are trying their best to succeed. After all, their salary and bonuses depend on their ability. Even in the workplace, when a person is up for a review. The words they most desire not to hear are: “You are not living up to your potential in our organization. You will not be promoted unless you turn this around and if your performance deteriorates you will be looking for another job.” Those are harsh words but the average person does try to do their best and become successful. Obviously, they wish to advance in their career and if not at their current company, then a new one. Often parents have said to their adult children that they are not living up to their potential. That may not be necessarily true. I know a man who graduated from law school but hated being an attorney. His wife pushed at him to become more successful, find more cases, charge higher fees, and generally work until he dropped. He was so miserable not only in the marriage but being an attorney. One day, the wife met a far more financially successful man and decided it was time for a change. She divorced him and he stopped being an attorney. He started his own painting business and is tremendously happy. Sure he doesn’t make as much money and sure he may not be living up to his potential in the eyes of others. However, to himself, he is which is all that really matters.  There are people who start late in life living up to their personal potential.  They follow the path of least resistance or what is expected of them.  Then they wake up one day so unhappy and miserable they realize they need a change.  Sometimes its a heart attack, or they recognize they are on too many medications.  It can also be daily heartburn.  Col. Sanders of Kentucky Fried Chicken started his business in 1952.  Today the KFC shops are around the globe.  He figured out his potential when he was in his sixties.  In the Good Gus Series the stories make it clear that all the children live up to their potential.  They are excellent examples for young readers.