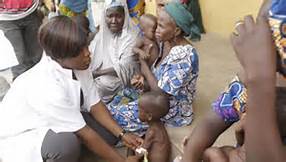 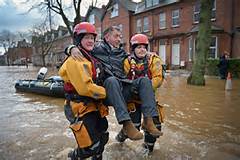 Everyone needs to be rescued once in a while. Its not just about firemen and fire-women saving people from burning buildings, its also about saving animals from harm. My son reminded me of a story last night that involved ducks. He and his friend, Joe were just returning from the beach and Joe was driving on a busy road. All of a sudden they saw a family of ducks trying to cross a four lane street. My son instantly yelled at Joe to stop and he jumped out of the truck in his bathing suit with no shirt or shoes on. While he was trying to get to the ducks, a truck ignored the family and nicked the mama. She managed to get up while my son was running and yelling at the traffic to stop. A man in a very large diesel truck pulled in front of most of the cars so that they could not proceed. By this time, the ducks had made it across the street, but couldn’t climb over the curb. One by one, my son lifted each duck onto the sidewalk to be with their mama. I think he said there were sever or eight ducks. Once they were all together on the sidewalk, they waddled off. Not only were they successfully rescued, but another truck driver also stopped and yelled at anyone who tried to move forward. There are many people around the world who will stop and help save an animal and even one in distress.  Many countries have shelters that are used specifically for rescued animals. There are people who need to be rescued from difficult life situations. There are organizations that are set up specifically for battered families.  Many companies and individuals volunteer their time, services and money to give assistance and help families get back on their feet.  Sometimes, individuals are in relationships that are detrimental to their health and they need to be rescued.  It is not always easy convincing a person that their life would improve if they left the person who was abusing them physically or emotionally.  Often, they have been beaten down and don’t believe they are a decent person when in reality the abuser is the horrible person who needs to be stopped.  Now with Facebook, Twitter, Instagram, and the other popular social media sites, if a person is videoed rescuing an animal or a person, it is posted online and goes viral. In the Good Gus Series, the children are rescued from time to time in several of the stories.  As soon as my cold is clear, recordings will be available on the website.  They are great stories and will help almost any child go to sleep quicker.