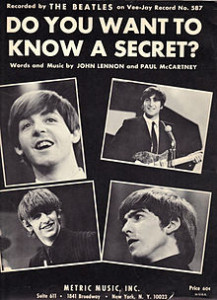 Everyone has secrets. It isn’t necessary to bare your soul to anyone. If your secrets are private and personal they should stay that way. When a person discovers another individual’s secrets, if they use them against the other person, it’s wrong. That is often why people are blackmailed because they have secrets. There are countless movies and books about people being blackmailed once their secrets are discovered. Of course, in most of the story lines, once the secrets are known, the themes tend to be that the blackmailer becomes greedy and before long his life ends rather abruptly. I am sure you have heard people say don’t do anything that you want others to know about. That is easier said than done. There was actually a TV show entitled “I’ve Got a Secret.” The show contained a panel of primarily comedians who tried to guess a secret that a contestant had. It wasn’t anything dramatic. The secrets were more along the lines of something unique, unusual, humorous, amazing and even embarrassing about the contestant. The show was on American TV from 1952 to 1967. There are people who tell all their secrets to the wrong individuals and then when that person releases all the data the confiding person is very hurt. The Beatles had a song “Do you want to know a secret?” It was very popular but it was really a love song. Secrets hurt people in many ways. If a person is having an affair, once their partner finds out it can be devastating. How many movies have you seen where a group of people know a secret about an individual and discuss it amongst themselves. Then when the unsuspecting individual hears it by accident or discovers it, besides hurt feelings the group that knew becomes embarrassed and then the individual that was already hurt by the secret is devastated that his or her friends knew the truth. It has to be really difficult for famous people to find out secrets in a public way. I remember seeing a movie with Sandra Bullock entitled “Hope Floats.” Her husband’s girlfriend, who coincidentally was her best friend, exposed the affair on national TV. There are not enough words to describe how Sandra felt and when when she met up with people who knew her, it was even worse. You could see the pity in their eyes which had to hurt even more.  If someone tells you that your secrets are safe with them, don’t believe them.  Gossip runs on secrets.  In the Good Gus Series there are no secrets.  Everyone’s life is an open book.