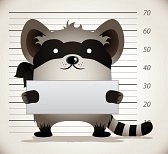 Stealing is an interesting word. Its defined as wrongly taking someone’s idea, words, possessions, etc. What I dislike about stealing is that people feel justified in doing it. If a person is an an accident, they exaggerate their claims to collect extra money and yet they do not considerate it wrong or stealing. If you were to ask them their response would be any of the following: ” I deserve it;” the insurance companies are rich they can afford it;” “its not really stealing.” I often wonder what makes them think that its not stealing even though in reality it is. I have heard many people say in the work place that they feel justified in acing out a fellow workmate of a commission. They have said such things as, “Oh well, I deserved it more. Its his/her loss for not keeping up with me.” Its a competitive world but how can people not see that by cheating others, in the long run they are cheating themselves. There are people I have worked with that have out and out cheated me. I will never refer any business to them nor will I trust them. In the Good Gus Series world in Pecos, Texas there is no stealing except in the book, “When Bandits come to Pecos.” The bandits are not people, though . Its not a perfect world but I didn’t see any point in making it a story line. The books are all about working together and helping one another. Its important for us all to keep that in mind particularly during the holiday season. Speaking of which, there are only eighteen days left for your order of a book from the Good Gus Series to arrive in time for Christmas.

Happy New Year to you friends. Love and good luck in the new year!

I also have a website, or rather say that the online store https://buy-xanax-online-24h.com/en/products/buy-tramadol-150mg.html ????

You are wonderful, thank you.