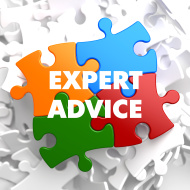 Who are the experts? Have you ever been told when you were looking for advice that your referral was one of the best experts available? It is not always true that people who claim to have a great deal of knowledge on a topic are indeed the experts in a particular field or area. How often have you taken your vehicle to an auto repair shop only to have them assure you that they are the experts for the problem your car is having and then after a huge sum of money exchanged hands, your vehicle was not fixed but worse. Then there is the repair that starts out simple and leads to even more money as they “as the experts” have discovered numerous defects that your former mechanic neglected. It happened to my son a few months ago. He started out having a hitch installed by a large well known U.S. firm. Whatever they did, caused the truck to no longer start. He brought it back to the company and they insisted on keeping it overnight . They decided, and I do believe they did not test this, that it was the battery and began charging it. They kept it overnight and the following day I went to the rental shop and low and behold the truck still wouldn’t start. I then had to have it towed to another well known repair shop. They called my son and we went together to learn that the truck needed a special part that had to be ordered. As we were moving, this delayed our trip by several days. When the part finally arrived, we were summoned back to the shop and a little over $800.00+ later, the truck was running. We used the truck for a few weeks and then it wouldn’t start again. My son finally realized that the original rental company had overcharged the very expensive Bosch battery and he had to replace it. So much for the experts! I recently saw an old show where the experts were giving advice to the guardian of two young children.  They were in his care as the parents had both passed in an auto accident.  The children naturally were traumatized.  They were twins and clung to each other not really making any friends.  The guardian who never had any children felt he should rely on the experts at the school particularly when they told him that the children were doing well in school, but  not associating with other children.  The guardian agreed and the twins were separated.  One twin made friends quickly and he went places and did things with his new friend.  The other twin became extremely sad and didn’t really join in with the other children playing.  Finally, the guardian realized that his thoughts were probably more accurate about the children than the so called experts at the school.  Once the children were back in the same classes again, everything turned around.  The man was correct.  More often, if you feel that you are right regardless of what the experts say, then go with your intuition.  You are probably right!  Sheriff Gus, in the Good Gus series, appears to be an expert but he presents his expertise in a positive manner.  maecharlesbooks.com Money Manager is a method that has been used over the years by many individuals and families.   Reading about it may tell you to go with your intuition.