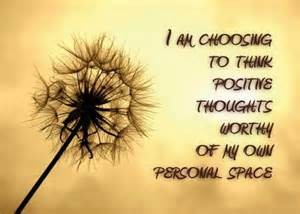 Everyone has their own thoughts and they belong to them. Often a person will ask another individual what their thoughts are or what they might be thinking, particularly if that person seems distracted. Then when the inquisitor receives a response of the person’s actual thoughts, many times they criticize them for what they were thinking. If its negative I understand, but frequently they are random thoughts that a person may be pondering as to how to move ahead in life or with a problem. People have a right to their own thoughts. There are barrages of data constantly telling us all how to think. Its as if the people putting forth the information think we are all stupid and can’t think for ourselves. When you follow the politics in the U.S., if you listen closely to all the comments on the internet, magazines and newspapers the majority isn’t really abut the issues. I remember reading abut John f. Kennedy and his election. The reports said he would never be elected because he was a Catholic. The other reports said that because he was so good looking that he would definitely be elected. How do looks qualify for a person to do a good job? Of course, if you are a model, its extremely important. Speaking of models, again the writers put forth that only very young girls should be models as they have more appeal. Fortunately, the women who had been models and were not preteen or teenagers, rallied together and let their thoughts be known that it was inappropriate and wrong particularly for young girls wearing women’s lingerie. There are times in life when we all seek advice. Often we listen to it and sometimes even follow it. However, it should be our own thoughts that make the final decisions. I never like to give advice for the very reasons stated above.  My thoughts are still mine and when you give them to someone else, they may not be compatible or work for them.   The Good Gus Series new recording system is fabulous.  I wish to thank Miss Patty’s husband as I am finally learning how to record the series.