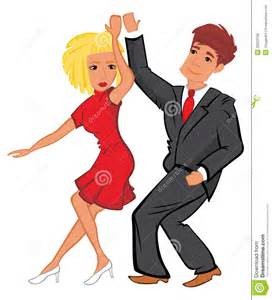 There was a song in 1960 that was quite popular. It was sung by Chubby Checker and was entitled “The Twist.” It became a dance craze that everyone enjoyed including adults. The twist ended up as a number one song and was sung and danced to around the world. The word twist takes on a different meaning when a person is trying to deflect from themselves or something they don’t want others to notice. Its a simple method of taking a situation and putting a new twist on it. It occurs in politics all the time. An event will occur that will make the politician look bad. so rather than tell the truth, make up an enormous lie, they take the facts and put a new twist on them so instead of it looking bad, it somehow looks good. You have probably seen it in movies and TV shows. I imagine that is why the public relations firms do so well. Whatever the angle is, they put a new twist to it and and looks and sounds great. Lately, of course, in the United States, the public relations firms are in full swing with new twists for whatever negative or possibly negative news appears anywhere. Its not just limited to the reports in the newspapers. It also includes the internet, magazines, TV talk shows, news shows and any form of communication that is available. Its almost as if when any one of the politicians make a move, be it good or bad, it must photographed, written about, discussed, featured, etc. Then if they don’t like what was written , the public relations groups get to work to put a different twist on whatever was said. It just doesn’t happen in politics. It also occurs in the workplace. I almost feel as if there is an incident that involves a boss, manager, supervisor or a person in authority, in order to protect themselves, deflect blame, or come up with a plausible excuse as to why something happens, the twist immediately comes into play to clean up the mess. I am currently visiting a friend on Cape Cod, Massachusetts.  I read in the newspaper that a superintendent of schools had gone to great lengths to stop a minority student from attending a school.  The mother had home schooled her but felt she needed to return to public school for the social activities.  Even though, according to the article, the law gave the girl the right to attend any school within her school district, he still refused to let her attend.  Finally, the mother was so upset that she went to the newspaper to make her plight public.  The superintendent was furious.  He burst into the family’s home one day and looked around the whole house.  He claimed it was a home visit that was required to verify the girl lived in that location.  Since the mother is a single mum and the dad does not live within one hundred miles or 160.93 kilometers of the girl, it was a false excuse.  He might have been able to deny it except that a visiting nurse was a witness to the scene as she was there to check on the grandmother of the girl who also lived in the home.  He put a different twist on his side of the incident but it didn’t matter.  The witness coupled with the law was enough.  Today, the court filed against him for administrative leave with pay.  The worst part of this situation as the man isn’t qualified by law to hold the position.  He does not have the degrees for the position.  The simple life of the Good Gus Series shows children a different perspective on daily living.  I hope you will consider a book as a gift for the child or children in your life for Christmas.