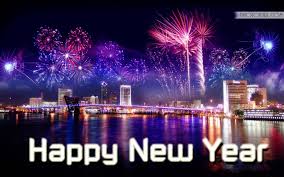 Since its New Year’s Eve, many people are having parties or attending parties. Earlier I had been watching my granddaughter, while my daughter did her internet show and on the drive home I saw families walking with food trays to parties and my personal favorite fireworks. If you had or are having a party tonight, did you have an uninvited guest? How did you handle it? Did you pretend they were invited or did you politely ask them to leave? Its a difficult situation particularly if you didn’t want that uninvited guest. I wrote a book in the Good Gus Series, number eight, entitled “The Uninvited Guest.” The Bands, Fred and Mary, were having a huge party for their twin boys, J.C. and Bronco and the entire town was invited. There were tables set up outside of the restaurant, Mary’s Cafe’ and bar-b-que spits were roasting a variety of meats. The women of the town had made salads and all types of summer type foods. The party was in full swing when an uninvited guest appeared while Fred was in Sheriff Gus’s barn preparing his sons surprise birthday gifts. As in many of the books, Sheriff Gus saved the day. It was not your average guest and it was one that you would consider obnoxious and rude. I hope as you make all your New Year’s Resolutions, you will consider books from the Good Gus Series as part of your 2015 goals for the children in your life. Happy New Year!

I might be old school’ but full bridles are traditional. That being said I think the horse should wear what it goes best in. End of story.

Thank you for the suggestion.

I loved this article. Being a beginner gardener i am starting to try tomatoes in the containers. I hope will do great.