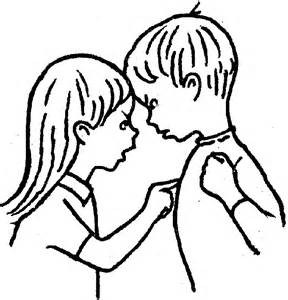 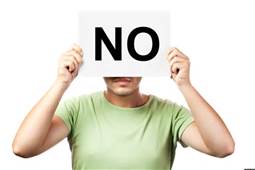 Often people say no to what might be their next opportunity. Individuals present deals to their friends, family and even business associates thinking they have a wonderful idea. Sometimes they do, however, there are individuals who won’t even listen before blurting out the word no. Sadly, once the idea person moves on, the individual who turned down the request becomes angry when that other person is a huge success. Even when speaking to children, especially teenagers, the first words they say about almost anything is no. It is one of the early words children learn. Did you ever wonder why? I think it is because they hear it so much in telling them no,  don’t touch, stay out of that cabinet, drawer, don’t touch the TV or the remote, etc. It’s already ingrained into their brain.  If you observe your workmates during the day, how often do they say no?  It could be asking  for assistance on a project, going to lunch, getting coffee, a ride to the auto repair shop rather than take a taxi,  and anything else that comes to mind.  There are people whom most of us have worked with that say no simply because they like to procrastinate.  In working at a variety of jobs over my lifetime, there is one department and this is applicable even if there is only one person, that tends to delay, say no, and procrastinate;  it’s the accounting.  Even though it is not their money, trying to get reimbursed for a trip,  office supplies,  get approval for a new piece of equipment, it always tends to be the same.  A friend of mine who used to do promotions and also model had a miserable time receiving her pay.  The accounting departments would delay, say no, force her to redo her time sheet, etc.  There were even large firms that were exclusive to trade shows and hired all the promotional individuals, and it would still take up to a minimum of six weeks just to receive her due compensation.  Often I would assist her with emails and phone calls.  The individuals would gave a variety of excuses, and were even rude during telephone conversations.  It was my personal opinion, that as a  large company or not, they were having financial difficulties and only paid when they were flush.  There are businesses who do this to their weekly employees right before they are about to close their doors.  Fortunately, there are laws that protect the employees from such actions.  In the days of the old west, and particularly in the Good Gus Series, everyone helped each other and no really wasn’t part of their vocabulary.  Speaking of finances, please check out maecharlesbooks.com.  You may be interested in the Money Manager.