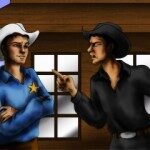 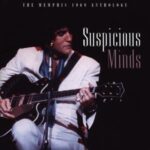 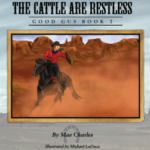 There is an old song entitled “Suspicious Minds.” It was based on the fact that people assume many things, whether true or false, because they have suspicious minds.  What is worse is that people act upon their possible suspicions when they don’t have all the data.  They generally assume the wrong things.  Once they begin their accusatory conversations, everything goes out of proportion.  There are occasions when the suspicious minds are justified.  That is why mystery shows and movies are so popular.  However, many of the programs take their time once they have an idea something has occurred and try to establish the facts.  The last thing they want to do is make themselves look foolish because they spoke too soon and truly had no idea what they were really talking about.  The gossip magazines use suspicious minds to print rubbish about many individuals either famous or celebrities.  Parents often say things to their children which they later regret.  It is necessary as a parent to find out all the details if they suspect something before accusing their child.  If you falsely accuse your child of something and you are wrong they will never trust you again.  In addition, if you let it get out of control, they will lie to you about absolutely everything. It’s difficult but often it is better that if you suspect something to obtain all the facts before speaking.  In the Good Gus series, in book 2, “The Cattle are Restless,” Gus’s cousin Cory comes to town.  He is wearing a black hat, black jeans and a red shirt.  All the children were worried as they thought he might be a friend of Bad Bart’s.  When I read books one and two to children, they immediately stop me when Cory rides into town because of how he looks.  It is so much fun.  Three years ago today, the series was posted in Kindle.  If suspicious minds were a character, every chapter in “Misplaced Trust” would be full of them.  You can read it at 24 Symbols, Apple, Nook, Kindle, Kobo, Page Foundry, Playster,  Scribd and Tolino. 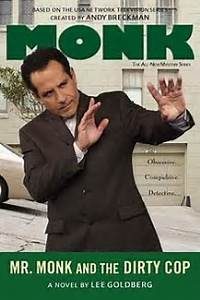 Have you ever noticed that people have no boundaries? They think nothing of going beyond curiosity to being nosy.  They will ask questions that are really none of their business.  When two people meet, they obviously ask questions about the other person in an effort to get to know one another.  However, there are people who have no clue about boundaries and simply go too far.  If a person wants to tell you something they will.  There is no need to press on with all types of questions or assumptions that will lead to the answers they are seeking.  There are also physical boundaries.  Many people think nothing of touching others.  There are individuals who don’t like hugging, being kissed by strangers, etc.  Just the other day, a baby died from meningitis because a stranger kissed her.  The parents are devastated and posted on the internet that strangers should not touch, hold, or kiss babies.  There are characters in reality like like Mr. Monk.  They have germ phobias and can’t stand shaking hands.  That is why he always has his wipes handy.  Early on children need limits and boundaries.  If they don’t learn at an early age, it can be a harsh lesson as they mature.  When playing sports, children learn about being out of bounds.  What they also need to learn as to what is out of bounds in behavior and speech.  When a special needs child has an incident, they have no concept of boundaries.  However, adults who are rude, make remarks, or say unpleasant words should have been taught that their behavior was unacceptable.  In the Good Gus series there was only one child with special needs, Katie.  Her situation was that she was in a wheelchair and couldn’t walk.  She was introduced in book twenty-two, “The Field Trip.”  The books that are published are available exclusively on line and on Kindle worldwide.  If the people around you do not understand boundaries, relax and read “Misplaced Trust.”  It is available on 24 Symbols, Apple, Nook, Kindle, Kobo, Page Foundry, Scribd, Playster and Tolino. 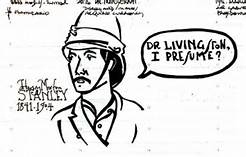 When a person presumes rather than find out the facts, they are usually wrong.  If you presume and then begin speaking, you may end up with a bigger problem.  For example,  a person partially overhears a conversation, then they instantly presume not only that they heard correctly, but in addition probably something negative.  When I wrote “Misplaced Trust” it was based on my experience as a Paralegal.  Relatives presumed they were going to inherit items or worse yet that the items belonged to them and no one else.  Why this type of behavior?  It’s simple.  It is always about the money.  They want any items that may be of value, but not for sentimental reasons.  It’s all about how much they make if they sell it.  It sounds cold and heartless and that is because it is.  Many individuals have the foresight to plan ahead and put on paper what they want to occur.  It doesn’t always happen, but for the majority of individuals their wishes are honored.  If you are the person in charge and you presume everyone will cooperate with you, you are in for a rude awakening.  It’s sad, but it’s real life.  In everyday life, individuals often assume things and then after taking their foot out of their mouth, figure out the best approach to apologize.  If one thinks before they speak, and don’t assume, they will be better off.  It is great to assume you had a stellar interview and you will be hired.  It’s good to have hope.  Unfortunately, that doesn’t always occur.  Rather than let  it destroy you, or make you give up hope, just move on to the next position. However, their loss is someone else’s gain.  When Cory rode into town, Fred presumed that he was another person like Bad Bart.  He quickly learned that he was Gus’s cousin.  The Good Gus series is available exclusively on our website and online with Kindle worldwide.  If your relatives are being presumptuous while you handle a will or estate, ignore them and grab a copy of”Misplaced Trust.”  The books is available on 24 Symbols, Apple, Nook, Kindle, Kobo, Page Foundry, Scribd, Playster and Tolino.

Often people assume things when they do not know all the facts or have the correct data. They then proceed to say words that they may regret, or that makes them look foolish. For example, I saw an old show where two teenage girls were living with their dads. One dad had just divorced wife number three. This girl told her friend that every time her dad married someone there was a pattern of behavior. At first the new potential mom appeared as if  she really liked children. She would take her shopping, out for ice cream, etc. Then, once she and the dad were married, the girl was shipped off to boarding school. When the marriage failed, the daughter would return home to live with the dad. The second girl took all this in and automatically began to assume that the woman her dad was dating would follow the same pattern. She was really unhappy. One day, the female friend of the dad asked her why she was so unhappy. When the girl explained the friend of the dad  told her that she was not romantically involved with her dad. The friend then told the dad. This dad told the girl that he would never send her away regardless of what any woman would ask of him. He further said that he wouldn’t marry a woman like that as he would expect whomever he married that they would be a family of three, not a family of two with a part time daughter.  My late mother-in-law was an expert seamstress.  She made many of her clothes.  She always dressed quite nicely.  I remember one day her brother was visiting and he made a snide remark about her outfit.  He had automatically assumed she had purchased it at a very expensive store.  When she responded that she had made her outfit, his face turned  bright red and his jaw dropped.  I had all I could do to keep from bursting out in laughter.  How often have you encountered individuals in the workplace who automatically assume certain things without verifying or checking their facts or information.  Naturally, it happens with gossip and rumors.  These lead to terrible issues and a very unhealthy work environment.  A friend of mine started a new job in December.  She and her husband love to travel.  They enjoy all the touristy attractions.  When a couple of her co-workers asked about her life and where she lived, they instantly became envious and automatically assumed she was wealthy because she had visited many countries in Europe and had lived in at least three.  Once a person assumes, their imagination runs wild.  It happens to parents frequently.  If a child isn’t home at the appointed time, if they are late returning from a road trip, or if they are suddenly very sick, the parents assume the worst.  Their first thoughts are an accident, something bad has happened or they are sick from doing something they shouldn’t.  It is always better to obtain the facts.  There could be a great deal of slow traffic, an auto accident that their child was not a participant, they have a sudden allergy or even food poisoning.  In this era, the mobile or cell phone are quite handy.  It also relieves stress not only to the parents but the child as well.  In the old west, the stress for parents was indeed high as there was no way to find out anything until they were told in person.  The parents could assume almost anything negative from a snake bite, a lost child, injured horse, etc.  The Good Gus Series is a wonderful way for parents to teach their children the importance of always telling them where they might be going, when they might return, and whom they are associating with.  If you are having financial difficulties, don’t assume the worst.  Take a look at the Money Manager at maecharlesbooks.com.  It may alleviate your fears.