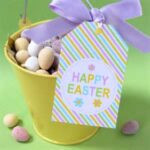 Happy Easter everyone! This is the last world holiday for many months. Easter comes in two forms.  One is for the Christians who consider it the end of Lent and a holy day.  The other is simply a family holiday where everyone gets together and feast.  Although this year it is still difficult due to the pandemic.  However you do celebrate it, it should be an enjoyable day.  I saw on Matt Fraser on Facebook, his family making lasagna for the family get together.  If we can be together without becoming sick, it is a good day.  We all need to be reminded that holidays are to share and enjoy.  I did my baking today so I will be ready for tomorrow.  Easter is great for children.  The story of the Easter bunny is fun.  Hiding the eggs, little gifts, etc. are a nice treat for children.  I always gave my children small presents in an Easter basket with candy hid in obvious places.  They would joke about it when they were seven and eight.  It is a day to enjoy each other’s company and friendship.  If you are alone, watch movies that will cheer you tomorrow.  Whatever you do have a wonderful day.  In the Good Gus series I never added the Easter holiday.  The books are still a great gift online or through the website for tomorrow, the end of the school year or just for fun reading.  You can find them at Kindle with a few books on Nook and Waterstones.  I tried to return to the video readings with my former radio company, but COVID ended the business.  “Misplaced Trust” is also available online for your reading pleasure at 24 Symbols, Apple, Nook, Kindle, Kobo, Page Foundry, Scribd, Playster and Tolino. 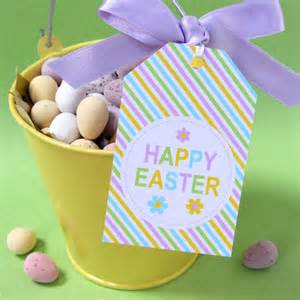 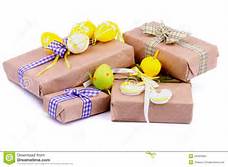 Tomorrow is Easter Sunday and many families give presents. A certain amount of candy is enjoyable but presents give a lasting memory. Often parents, grandparents, and other relatives give gifts that are fun and books with dates so that as the children are older and the toys have broken, the books will remain a positive memory. There are families that go too far with gifts. When that happens on any holiday, the children expect more and more. What is worse is that in today’s society, whatever the popular gifts may be, those are the ones the children want. If they don’t receive them, they tend to look at the presents with disdain. It is obvious that toy and candy manufactures make a point of publicizing the products that they wish to become popular as presents for a particular season. The clothing manufacturers do the same thing. Unsuspecting parents buy what they believe is popular, only for their children to be disappointed. What is worse is that many children in society do not appreciate their parents’ efforts and insult them for not having the knowledge to purchase the rights presents. There are children who are so spoiled that they would do well to spend a day with children who live in poverty and appreciate everything whether it is new or used. Anyone who has grown up in a poor neighborhood, living with the bare necessities, understand and appreciates the value of presents. Many people donate during certain times of the year, items that they no longer need including clothing. Parents who try to do their best, buy the used clothing and give these items as presents. The children know that the clothes were worn by someone else, set they are grateful to have the items. Often adults who grew up spoiled aren’t much better in the appreciation department. There are countless movies with spoiled adults who complain if they don’t receive ridiculously expensive presents for every occasion. The movies are not always fake. There are individuals like that in real life. There is a series of movies on the Hallmark channel that starred the late James Garner. He started out poor, became wealthy and then realized that his adult children were unappreciative of their rich life style. He gave them presents of large checks which only one son appreciated. This son spoiled his son but he still had potential. James Garner, the grandfather, decided that all of his children and grandchildren were useless except for the one grandson. In the end, after he forced the grandson to work hard and appreciate life, the grandson inherited the bulk of the estate which was in the billions. He took this gift and turned it into a hospital for children with life threatening diseases and for ones who were terminally ill. He took his presents and passed them along to many others who would never receive the help or assistance they truly needed. Happy Easter. I hope everyone has a wonderful day.