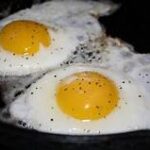 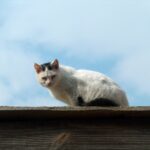 Life is all consuming. Sometimes we become overwhelmed with all the details.  For many people work is all consuming.  They become so involved that they forget about their families. They believe that by working late they are doing the best job they can for their families.  Sadly, they are not.  If they allow the job to overcome them, they end up with no family, poor health and very few friends.  There are videos all the time on the internet on Facebook about dads and even mums trying to earn money and working late just to please their boss.  In the end, many of the hard working people end up without the promotion, the raise or a corner office because they weren’t savvy enough to play the politics game. They thought that their work would shine and it did.  However, frequently a co-worker would take credit, claim that the employee was part of his or her team, etc.  It’s not fair but that is the real world.  There always needs to be a balance.  Respecting yourself and your family needs to placed above your job. My late husband would become all consuming on the few occasions he made breakfast.  He liked eggs over easy.  However, if it broke, he threw it away.  There were times he would throw out almost a dozen of eggs.  In the Good Gus series, children tend to be all consuming when it comes to playing.  In book twenty, “The Flying Cat,” JC becomes all consumed in rescuing a cat. He even risks himself.  The series is available at Kindle with a few books on Nook and Waterstones.  “Misplaced Trust” has characters who have one all consuming goal in mind.  That is to get all the money and cheat everyone else.  The book is available at these fine websites: 24 Symbols, Apple, Nook, Kindle, Kobo, Page Foundry, Scribd, Playster and Tolino. 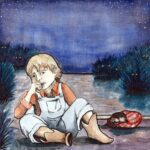 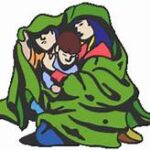 There are many stories about irresponsible people. You continually see husbands, wives, fathers and mothers who abandon their families.  I saw a video about a young man whose mother left when he was six  who had to care for his siblings.  His father tried but he was a diabetic and didn’t care of himself.  By the time he was nine he was caring for a seven, six and five year old.  He kept his family together and they ended up moving to various shelters.  He kept his siblings fed and clothed.  He took them to school, but eventually due to his circumstances they all started missing too much school.  When the government sent a social worker to check on them, they ended up being separated.  He and one brother remained together.  They ended up with a very nice man who worked diligently to obtain a large apartment and reunite the family.  On the young man’s fifth birthday, the foster dad said he had a surprise for him.  His younger sister ruined the surprise and she was hiding in the way back of the SUV and said hello to him.  The foster dad took in all four children and gave them a proper home.  I cannot count the times I have seen videos where men leave their families and refuse to help them financially.  They gave all types of excuses such as the wife isn’t as attractive, she had a girl when he wanted a boy, he met a younger more attractive woman, etc.  The reasons do not matter. The irresponsible act is what is important.  In the Good Gus series, I included all types of families. There were two parent homes, single dads, and single mums.  What was important is that they didn’t run away but took their responsibilities seriously.  The series is online on Kindle, with a few copies on Nook and Waterstones.  “Misplaced Trust” has numerous irresponsible people as characters.  They want everything their way.  Just today, I finished an estate plan update for a woman whose husband had passed.  One of the adult children, whom I have never spoken to, called the office and was harsh to the assistant because she demanded to know what her mother was changing.  Eventually, when the mother passes the fighting and bullying by her will be unbearable.  The book is online at 24 Symbols, Apple, Nook, Kindle, Kobo, Page Foundry, Scribd, Playster and Tolino.

After having food poisoning, food is completely unappealing. What’s worse is that as I am recovering, almost every commercial on the television is about food. It looks totally unappetizing. Speaking of food, I read that in the United States, dining in restaurans sales have over taken grocery sales. It’s a shocking statistic. When I was young, it was mandatory to be at home for dinner. It was never restaurant food. We ate as a family and discussed our day’s events. It was also a time when the dad, in my case my grandfather, would have come home from a hard day at work and expect his food on the table. It was a different era. It was also a time when if you misbehaved at school a note was sent home and after dinner, families sat around the table discussing the issues. I didn’t attend parochial school, but I had friends who did. The nuns didn’t send home notes. They disciplined right in school. I heard some of their punishments were quite unpleasant. One girl told me she was caught chewing gum, so the nun put the gum on the ground during recess, then picked it up and forced her to put it in her mouth. If that was true, that was disgusting. Sometimes they called the parents to inform them of the disciplinary action they felt might be appropriate for their children. When the real J.C. was in high school, in Texas, he took a metal shop class. The teacher told him not to touch a specific machine. Naturally, he did and was paddled! I always ate dinner with my children when they were growing up. I was one of the original work at home Mums. I enjoyed that time as we we would talk about their day and laugh and joke. They are great memories. Its difficult in these days as many parents work outside the home, and work one or more jobs. Restaurant food is fast, convenient, and it at least gives them a brief chance to spend time with their families. In the Good Gus Series, many of the townsfolk’s ate at Mary’s Cafe.  She had good home cooking and it was more of a gathering place.  There are two single parents in the series, along with two families with both parents. Many times the single parents ate with their children at Mary’s Cafe’.

Almost everyone looks for ways of earning money, the more the better. When we were children earning money wasn’t easy.  Boys could do small odd jobs, but there really wasn’t too much for girls.  When I was eight, I earned money but cleaning a woman’s home.  She definitely had her standards and in reality she taught me well.  At the time, I would much rather have been playing with my friends.  In the real old days, children worked in factories, and did just about any job they were capable of handling.  Fortunately, the world governments  outlawed child labor for most of the countries.  Enterprising boys figured out ways to earn money.  I recently saw an old show where a young boy, probably seven or eight, wanted to earn money but he was just too small to trim hedges, mow lawns, or any type of heavy yard work. His older brother and friends were earning money to start their own baseball team.  They needed to buy uniforms and none of the dads would give their sons the money.  All the dads had joined forces to make the boys  earned the money for their team. He started wandering around when he came across two city workers.  Naturally he was curious so he asked them what they were doing.  They explained that there was a water leak and the water would be shut off for at least two hours. Since the older boys were busy earning money, on a very hot summer day, he became a mini businessman and rushed home and began filling jugs and empty bottles with water.  Once the water was off, he began selling the water to all the boys doing the yard work, including his own brother.  Some of the mums were furious that he was charging for the water.  However, he was a businessman and wanted a profit.  Since the older boys wouldn’t let him on the team, he figured he’d earn money anyways.  The boys who were forming the team weren’t as mad as some of the mums.  Then the boy told the team lads that there was going to be a power outage later that day.  Suddenly, the team boys realized that they could make all the money they needed if they bought candles.  However, the little boy had most of their money.  He offered his money to help the boys and off they went to buy and sell the candles.  Naturally, the little boy was allowed to join the team.  I think we should encourage young children to be enterprising and figure out ways to earn money.  It builds character. People make money in a variety of ways.  Individuals shouldn’t criticize the financially successful just because some people do better than others.  Sure, we would all love to be rich, but if along the way, we do really well financially, then we are the lucky ones.