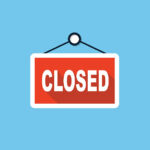 Today I was shocked to see how many closed stores and businesses  no longer exist because of COVID. I went to two phone stores today and both were closed stores.  The best part is that the GPS on my phone didn’t tell me they were no longer open.  Wednesday I went to a phone store only to find it was a pizza place and the company had moved about five miles away.  It’s really shocking when you pass malls and particularly strip malls to see the number of closed stores.  Businesses are dying because of COVID.  It is not the best situation.  I did read that the flu is almost non existent for this past season.  I suspect it is due to people wearing masks and not crowding each other.  I also saw, as long as we are discussing statistics, that nine hundred forty-nine women have died from the vaccination.  I do not know if that is an accurate number. For example, near me in the states right now, the once huge Sears that was a department store and had an auto service center is now a bowling alley in part and the balance is empty.  Last month I walked into a mall with my son that he said a year ago was always busy.  The number of closed stores was shocking.  Not to mention that their signs were removed and they were never returning. This crisis has truly affected the economy in a terrible way.  In the Good Gus series, there were no closed stores.  As the series progressed, new businesses were moving to Pecos.  The series is online at Kindle with a few books on Nook and Waterstones.  “Misplaced Trust” can easily be found online at these fine websites: 24 Symbols, Apple, Nook, Kindle, Kobo, Page Foundry, Scribd, Playster and Tolino. 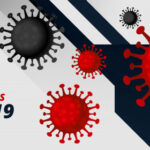 People are fed up. They are tired of the lockdowns, quarantines, masks, and living in fear.  There are protests in the United States in various states stating that they are fed up and have had enough.  This is a serious virus and shouldn’t be taken lightly.  Today, the Italian government came out with statistics.  Basically, anyone in the 70-89 age group has the highest chance of passing if they catch the virus.  These are their true statistics and they were clear to state that they have not been manipulated in any way.  Everyone in between, has a much lower percentage rate.  That includes people ninety and above.  They are clearly fed up with what they refer to as fake statistics regarding the virus and want the over emphasis to end. The president of Ryanair stated that if two people wearing masks and one has the virus and the other does not, the chances of the non infected person catching it  from the infected person is two percent.  There is testing now available everywhere in the United States and as states and countries open, there are areas with increases and areas with decreases.  People are tired of being in their homes and bored.  Of course, they are fed up.  We need to move forward intelligently and not on impulse just because people are fed up.  The smart move is always the best.  In the Good Gus series, there was only one doctor, Dr. Moore.  I named him that because I had a doctor of the same name and he was one of the kindest and most considerate doctors I ever had the pleasure of seeing. The series is online at Kindle, Nook and Waterstones.  “Misplaced Trust” is also online at 24 Symbols, Apple, Nook, Kindle, Kobo, Page Foundry, Scribd, Playster and Tolino.

There was an article today, on Yahoo about parent shaming. It primarily occurs in the United States. It was surprising and a little shocking. Apparently, individuals in the U.S. feel that they should report parents for anything they do. The article had a few examples. One was a woman on the East Coast of the U.S. She heard her doorbell ring and it was a delivery man. Since she was in her pajamas she decided not to answer it. Her two children were watching TV. She also went to the restroom and when she returned there were police at her door. The article didn’t specify, but I am assuming that the delivery man looked in the windows and saw the children. The woman was traumatized. Celebrities, including Ryan Reynolds and David Beckham,  have been criticized for not carrying a child in a back pack in whatever ever the person doing the condemning considered improper, another person over a four year old with a pacifier, etc.  It seems as if individuals feel they have the right to contact child protective services and the police. Their parent shaming seems to be out of hand.  Statistics show that child abuse is down and that the majority of the calls to the police and child protective services are unnecessary and that the callers are completely wrong in their accusations.  Minding one’s own business unless there was real danger was the way people behaved in years past.  Now they all seem to want to be a cop and report on everyone. It almost seems as if the children in real danger go unnoticed and the people who do their best with their children are the target of parent shaming. Dr. Christian Carter, a Sociologist at the University of California, Berkeley, said, “That more often than not, society’s tendency to shame a parent comes from a darker place.”  If you think about her comment, it sounds logical.  Are the people who are doing the parent shaming guilty of somehow mistreating a child?  It is not a pleasant situation.  In the Good Gus Series, there was no parent shaming.  If you are feeling parent shaming because you are bad with money and aren’t taking care of your family properly, consider the “Money Manager” at maecharlesbooks.com.