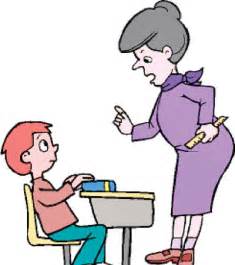 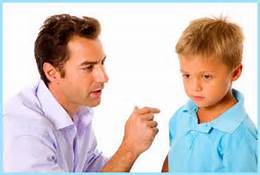 Discipline is an interesting subject. What discipline was fifty years ago is not what it is today.  Just how people go about some of their discipline tactics now is appalling.  There are individuals on trail as this is written who lost it with a child and tortured, beat and eventually killed them over probably something really minute or stupid.  When I was young, hitting was acceptable.  It was even allowed in some schools until the 1970’s.  The adults who were subjected to violence as a form of discipline, then had children who we subjected to the same brutal acts.  There were parents who decided that it all stopped with them.  Some individuals went too far the other way making their children coddled and spoiled.  In fact, a few of the universities were just complaining about that on the internet.  The students wanted the school faculty and staff to handle all of their personal needs and make decisions for them. Drawing the line in discipline is very important.  It is far more effective today, to take away a cell phone or computer privileges rather than beat a child or lock them in a room or closet.  What some parents possibly with the assistance, if they are single of their partners, have done to children before killing them is horrifying.  You can’t even read the article as the headlines tell you everything you don’t want to know.  Where do these people come from?  Why are they so uncaring about an innocent child?  The same applies to animals.  How many articles do you read about abandoned animals, particularly dogs? The pictures are gruesome, but the kind and caring individuals take the time to restore these animals to health and find them a good home.  Why can’t the same happen with the adults before it’s too late?  There was also an article about a school whose disciplinary incident scared a teenager so much that he never made it home and committed suicide instead.  The school went too far and now a family is grief stricken.  The school should have called the boy’s parents and dealt with the situation in a proper manner.  Of course, all the staff banded together and said they didn’t do anything wrong.  However, if that was the case why would a boy who had everything to live for, an honor student, never been in any trouble think his only solution was to end his life?  It is a sad situation.  In the Good Gus series, discipline was never a topic as I felt it wasn’t appropriate.  The series is available exclusively on Kindle worldwide.  If you are trying to discipline yourself to read more, then find “Misplaced Trust” on 24 Symbols, Apple, Nook, Kindle, Kobo, Page Foundry, Scribd, Playster and Tolino.

Were you part of the most popular crowd in school? Sometimes popularity began in grammar school and by the time you reached high school you formed a group of the most popular students. In many books and movies, the story line tends to be that the most popular group are also the biggest bullies. When I was in school, the most popular boys and girls wore the latest fashion, attended exclusive events and only associated with the teenagers in their group. In all high schools there are now a variety of groups but since its been a long time since I attended school, I am not sure if there still only one most popular group. There seems to be from all the commercials for a variety of television shows about the most popular groups, that they are primarily girls. I once saw an old show about a teenage girl who had a crush on a popular boy. He couldn’t stand her and his parents even saw him be rude to her. They forced him to apologize and ask her to the Junior Prom. Then he asked his father how he could get out of it as he really wanted to take a girl who was the most popular in school. The dad said to make the first girl popular. Not only did it work, but the girl then turned him down as the date for the Junior Prom because she met a boy who had more of the same interests. The boy who had made her popular naturally now wanted to take her to the prom. Its amazing how turning a negative into a positive can change everything. I saw a commercial for a move entitled “Duff.” I was really surprised because their definition of Duff was designated ugly fat friend. So, I guess that the most popular still exists and what’s worse they now have terms for the people they bully. Bullies sadly come in all forms. Not only the most popular groups do it but adults in the work place, countries, and even animals bully each other. The only initial bully in the Good Gus Series is Bad Bart. He is stopped in his tracks which is important for all children to recognize. I hope as you discuss bullying and the most popular children with your family, you will use “Pecos Meets Bad Bart” as an example of “no bullying allowed.” 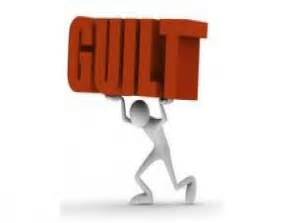 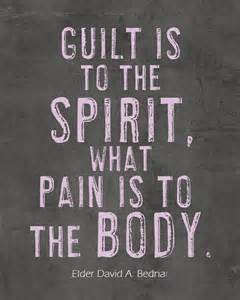 Guilt is a funny thing. Many parents use guilt as a form of manipulation to make their children do things that they don’t want to do. For example, there may be a grandparent old and sickly and the child just doesn’t want to visit them. A parent will use guilt to goad them into a visit. Its sad because the children should have the moral courage to visit people who aren’t well particularly their own family. There was a television show on last night entitled “Mom.” The grandfather wanted the whole family to go out for pizza. The teenage daughter said no maybe some other time. The mother tried to coax her to go but she would have no part of it. The next day, the grandfather died. She had terrible guilt because it was such a simple thing and she basically said she “blew him off.” People shouldn’t make decisions or choices out of fear of guilt. I saw another show where the husband wanted to go hunting and the wife really didn’t want him to go. She used guilt, enlisted the children to make him feel guilty, and in the end when one of the children really was sick, he skipped the trip. Now there are people who should have guilt and sometimes don’t because they are mentally incapable. As parents if we try guilt there is a good chance our children will see right through us and the guilt won’t work. In the Good Gus Series there are children who feel guilty. Its usually because their parents told them not to do something and they did anyways. Then when they were either caught in the act or hurt, their guilt surfaced. I hope as you think about the reading choices you can make for the child or children in your life, you will consider the good family values in the Good Gus series.