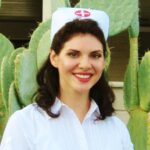 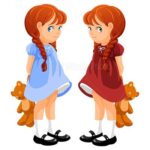 People continually pass judgment on one another.  You see it in everyday life, in movies, on the internet and in public places.  I have never understood this.  What is it that makes people think that it is acceptable?  In the workplace, the workmates pass judgment on a variety of things.  They make remarks about their co-workers clothes, shoes, hair, and overall appearance.  The criticize their food choices particularly if they bring their own food.  I have never been a person to eat take away at the office.  I always brought my lunch.  I really didn’t care what others thought.  While they are so busy passing judgment, they were neglecting their work.  I saw a cute story about a set of twins.  One twin was quite popular and had her own group.  Her sister was quiet and shy.  The popular twin and her friends continually would pass judgment on the shy sister.  They made fun of her clothes and one day even threw a tomato at her dress.  Their mom had passed and the dad heard the two girls arguing one day as the popular twin and her friends had cut up the quiet girl’s dress that she had made for prom.  He said it was about time they knew the real score.  The shy twin was born healthy and vibrant.  The popular twin was failing.  The doctors said there was nothing they could do but a nurse had a better idea.  She put the healthy twin in with her and before long she began to thrive as well.  The dad said, “So you see, your sister saved your life.” After that the popular twin realized the value of her sister.  The next day they went to school together and no one was allowed to pass judgment, criticize or do anything negative to her sister.  A valuable lesson.  Always appreciate people and never pass judgment on anyone.  You could someday be in their shoes.  In the Good Gus series no one was allowed to criticize anyone.  It would have been negative reading and a bad example. The series is online at Kindle with a few books on Nook and Waterstones.  “Misplaced Trust” is full of characters who thought nothing of passing judgment on their benefactors or their shared heirs.  The book is online at 24 Symbols, Apple, Nook, Kindle, Kobo, Page Foundry, Scribd, Playster and Tolino.