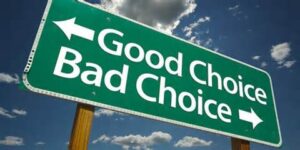 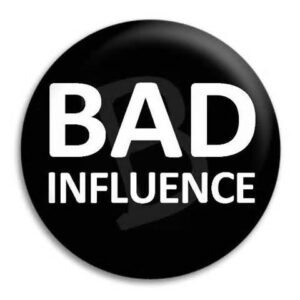 In almost everyone’s life there is a person or group of people who are a bad influence. Sometimes it changes a person completely. Other times, they simply walk away. Recognizing a ad influence isn’t always easy. They seem to be very appealing people and offer excitement, adventure, easy money, and more. As children we were told about people our parents or guardians thought were a bad influence. Some of us agreed; some didn’t. How does one become a bad influence? What went wrong in their lives that caused them to turn the wrong way? What harm can a bad influence cause a person who already has a good sense of value and morals abut themselves? There are children, and teens who will steal items to impress other teens, or to buy friendship. I once saw a show about a person who was always stealing from people then selling their items to buy what he wanted. He often used the cash to buy gifts for other boys in the hopes they would like him and he would have friends. At first the other boys liked the gifts but then eventually when they invited the thief to their home, items would go missing. It wasn’t long before the boy had no friends again and all the parents said he was a bad influence. The warned other parents as well. I knew one boy who fell for the great friend until the boy stole his sister’s camera. The boy wanted nothing to do with the thief, but his parents figured out that the boy had real problems and that possibly understanding might work better. Of course, it’s make believe and it did.  I have often read about teens running away in the hopes of a better life and ending up worse off than their situation.  Its a tough call if you have a parent that drinks and beats you.  Where would you have gone?  The teens that did run away really ended up in a bad way.  There were just too many negative people out to harm him or her.  In these days, however, the are organizations, shelters, and churches willing to help anyone they can.  Often people believe that if you associate with a person that smokes or drinks that they are a bad influence on you and that you will imitate them.  I think that those who think like that do not consider the qualities of most people and that they do possess a brain and can make the right choices for themselves.

Mae is traveling today and tomorrow

We really hope you are enjoying the informative blog posted and we do thank your for all your wonderful responses.