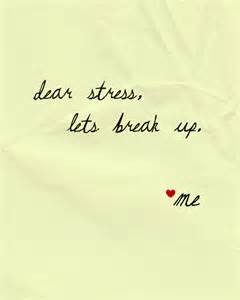 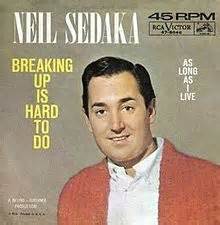 “Breaking Up is Hard to Do” is an old song from the 1960’s by Neil Sedaka. It had a nice beat but the basis of the son was that breaking up is very difficult. I am writing about this because a friend of mine who is single was hurt by the woman he was dating. She broke up with him by a text. That was inconsiderate, mean and very low class. If you have been seeing a person for a while, breaking up by text is not the way to go. She should have had enough consideration to do it in person. They work in the same building and now she goes out of her way to avoid him. I think that the worst part is that she had already found someone else before dumping him.  I might be able to understand a text breaking up with someone if they were in junior high and possibly early high school.  Beyond those years, teenagers know better. When you are young and there is a break up, getting over it doesn’t take too long.  However, as you grow older it takes longer and seems to hurt more.  I remember years ago seeing Burt Reynolds announce on one those rumor magazines in Florida that he was divorcing his wife Loni Anderson.  That was also really horrible.  She was in shock and left Florida immediately. You could see in her face that she had absolutely no idea that he felt that way or that their marriage was over.  It takes a certain type of person to do that and there aren’t words strong enough  that can say it is hurtful beyond belief.  The celebrity break ups where the man or the woman go out of their way to get caught with another person and let the paparazzi take pictures that are splashed over the magazines and television are cruel as well.  Sandra Bullock was humiliated by Jesse James along with Tiger Woods’s embarrassment of Elin Nordegren. Both were very ugly break ups.  They were all old enough to have the consideration to break up privately and not be so publicly hurtful.  Breaking up is not easy, but anyone who does it in person is not only true to themselves but at least have the decency to do it in a dignified way.