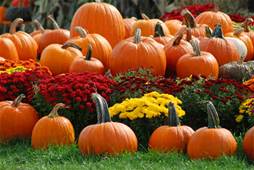 For most of us when we were young, Halloween was all about the candy. We carried pillow cases hoping to fill them so we could barely carry them home to eat our treats. The first thing that would happen to me when I returned home with my candy was that it would be checked to make sure it was all safe.  Then, my guardians would sort it and take out the best for themselves.  The rest was put away for daily disbursement.  When my children went in search of their Halloween tricks and treats, I checked all the candy when they returned and let them do whatever they wanted with it.  Eventually, I would find their hiding place and toss at least half of the candy as it had gone stale.  Today, I was in my truck with my son and as we were driving I saw an adult man in the passenger seat of a sedan style car holding a doll. I mentioned it to my son and he looked over and told me it was a Chucky doll. My response, was, “Why would a grown man be carrying a doll?” He went into a lengthy explanation about Chucky and the movies that he portrayed in. It appears that they are all horror movies about a killer doll. As my readers know, I dislike horror movies, commercials, and anything else associated with it. In the two countries I have lived in, Halloween is not celebrated as it was when I was young. You either went with a parent, guardian, relative or someone’s older brother or sister to trick or treat for candy. Lately though, there seems to be large parties for the children to attend for their candy. I just passed by a rather large church that had a huge set up with booths for the children to trick or treat for their candy. The place was packed as well as all the parking areas surrounding it. Halloween should be a fun time without fear of strangers, bad candy, and too much horror. When you think of candy warm thoughts come to mind. Just about everyone loves candy. I know older adults who still love candy and really eat a fair amount of it.  Also today, which was sad, a little girl was kidnapped by possibly her father after he had murdered her mother.  There is a statewide hunt for him.  I doubt that her Halloween will be filled with joy and candy.