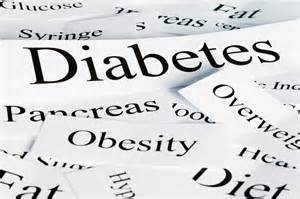 There are a variety of controls in our life. For people watching their weight, food controls them. They find it difficult to stay on a program that helps them lose weight. It has to be difficult because there are pictures everywhere of food, not to mention the commercials on the TV, magazines, newspapers, and even the cooking shows. I love the cooking shows but I imagine if you are trying to control what you eat and your weight, just watching those fabulous chefs prepare delicious meals, the temptation to eat foods out of your eating program might be overwhelming. All the everyday controls in life such as rules, regulations, laws, etc, have an effect on us. There are people who react by breaking the laws, rules and regulations, and going against them sometimes for the worst. There are people who have control issues. They are the types that feel they should be in control and have control at all times. When they don’t everyone around them suffers. I have seen people with control issues completely lose it, blame everyone for their lack of control, and even fire people because he or she couldn’t control their employee’s every move. This is also true in marriages. I know a couple who called it quits after twenty years because the husband was a controller. The wife didn’t seem to mind it, but over time, she began to resent him. If she went anywhere she had to “check in” when she arrived and again when she leaving a destination. She felt it was a sign of real love. His controls over her was amazing to watch. When they finally split, it was a bad break up. He moved on trying to control other women and even his adult children. He turned into a bitter old man who can’t even control his health. In many relationships, he or she who controls the money is the ruler.  There are people who allow drugs and alcohol to control of them.  They don’t start out that way, but life has it toll on people and when they can’t handle it, their controls disappear; it is sad. Sickness is difficult on a person as many times they lose control of their body.  Allergies are random irritations that we have no control over. We can’t control the weather which causes the allergies. People who are born with diseases, start life without the controls that many of us enjoy. Losing your temper is another way of losing control over oneself.  Sometimes it just can’t be helped. People who cannot control their thoughts often times have mental health issues.  Because thoughts are invisible, individuals who may be struggling outwardly appear fine as you can’t read their thoughts or emotions.  Sometimes older people who still want to remain in control of their lives, hide their health issues from their children.  When the adult children discover their parent is sick, the situations are often worse as the parent then often loses final control of their life, where they live, and even what they may eat.  I think everyone’s lives would be better if they had the controls rather than anyone or anything else.

Thank you for your support.