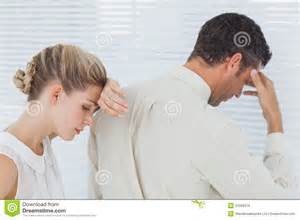 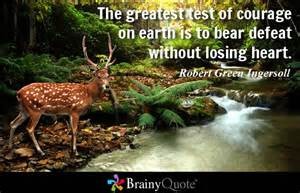 Sometimes people feel defeated before they even start something. It could be a new job or a career change, family problems, debt, a possible move to start over and anything else that comes to mind. When faced with something a person feels is overwhelming, their defeated attitude doesn’t help to solve their problem. A defeatist attitude only makes things worse. There have been people that I have worked with who have that type of perspective. When we were handed a project, it seemed like they could instantly think of fifty reasons why it wouldn’t work, they weren’t meant for the job, it was too large a task, etc. Their defeated attitude only made it worse having to listen to them, reassure them, and then end up doing it all while they continued to state it was impossible. Funny thing was that I did do the projects, they were a success and the defeated co-worker took the credit of a job well done right with me. When the next project was assigned, I went out of my way to convince the defeatist to  allow someone else work with me. Naturally, they turned me down. They liked using all the defeated vocabulary, the constant reassurance and doing practically nothing while receiving equal credit. After the second project with this person, I found another job. I was told by one of the remaining workmates that two people had to be hired to take my place and the defeatist was still there! Often fighters are defeated in the ring. When they lose, some take it graciously and move on. The sore losers whine and complain and often turn into being defeated for the balance of their careers.  People who have that defeatist attitude need to try to figure out why they have it, so they can stop it.  They can’t have too many friends as who wants to hear that over and over again? I think people who go into anything such as work, marriage, a new career, school exams, or anything else in life, have a great deal of trouble succeeding with that perspective.  Their defeated attitude before they start seems to bring negativity and failure rather that happiness and success. One last thing.  On Friday, two American soldiers, one American citizen and one British citizen defeated a man attacking people with a gun and then box cutters on a train from Amsterdam to Paris.  That is the positive side of being defeated!