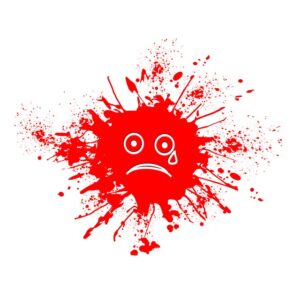 Many people feel they are a disappointment in life to themselves, their parents, significant other and even their children. Sometimes I think we judge ourselves too harshly. We see ourselves and our lives as one big disappointment. We really shouldn’t think that way. Its difficult because almost everyday something new happens that affects us in a negative way. It could be small or it might be something with a huge impact on our lives. Either way, disappointment seems to be lurking just around the corner waiting to strike. As we grew up, many of us were told by our parents, guardians, or other relatives what a disappointment we were if things didn’t work out exactly the way the adults wanted. Many times the words were disguised in vague ambiguous terms, but it still meant the same. How many movies or TV shows have you seen where the parents tell the child how disappointed they are in them? It was a common theme. The child always felt awful and did everything to make it up so the parent or parents so that they wouldn’t feel that way about them. Its a very hurtful thing to say to a person regardless of their age. People are always trying to measure up whether it be at home, on the job, even in social situations. I have often said that people need to think before they speak. Sure we can be disappointed if we don’t land our dream job,  our child doesn’t’ get the chance to play the big game,  they don’t have a great report card, or even the person of our dreams turns out be the person of our nightmares which could include being left at the alter on your wedding day.  There is an American TV show I enjoy on the Food Network entitled ‘Chopped.’ You would be surprised at how many of the contestants are on the show to either prove to their parents they are as good a chef as they believe they are, or to make their parent or parents proud because they didn’t think they would ever be a success cooking.  The contestants put forth a tremendous effort in hopes of winning ten thousand dollars. They start with four chefs.  They have twenty minutes for an appetizer, thirty minutes each for the main course and dessert.  Sometimes everything goes wrong when the chefs are trying to do their best.  In the end, though, there is only one winner.  Some of the individuals who have lost as they walk down the exit hall still hope that their families won’t be disappointed. They actually say this as they are walking towards the exit. I have even seen people cry became they didn’t make it to the dessert round.  I think that if you are on the show, you are a winner.  If you make it through the rounds, whether you win or lose in the end, again a winner.  If you are told you are a disappointment, ignore it.  We are all doing our best and that’s all anyone can expect.