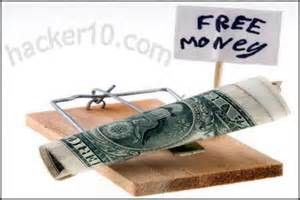 Have you ever been looking for something online in Craig’s List, or any of the other popular advertising sites only to find you answered fake ads? I have recently discovered in looking for a car and  noticed that there a number of fake ads. They start off with a decent car below book value. When you choose reply, there is occasionally a phone number but then more than likely a Craig’s List email. Once you call or text they send a text reply telling you to email. There must be some law that if they speak to you over the phone that, at least in the United States, you can be charged with a Federal crime. Once you email they give you one of two stories. The most popular one is that they are at a military base out in the middle of nowhere and that they are being transferred to Afghanistan, Alaska, or an undisclosed location in the Middle East. They offer free delivery and claim that whatever payment they are using is absolutely secure. They cite the security of Amazon Payments, E-Bay, and Pay Pal. They guarantee that if you do not like the car they will return the money. It’s slick. The other fake ads involved a parent with a sick child or family member, or a divorce situation again offering the same payment plans, delivery and guarantees. If you check fake ads on the internet you will literally see these ads verbatim. When I was young there were many fake ads in magazines. The ones that appealed to boys were body building and for girls modeling. They all had a gimmick which at first sounded as if the advertiser was doing you a huge favor. In the end they wanted money with no return on any product they sold or if it was for a modeling agency, in order to have your picture listed with all the top modeling services you needed to pay a sizable fee.  There was an ad once that was sure to cure wrinkles.  They sent you a rubber band type item and told you to strap it to your face so it would pull it back.  That was before all the wrinkle curing products that are available today.  There were also fake ads guaranteeing you would lose ten pounds or 4.54 Kilograms in one week.  Sadly, people who were desperate tried it. There are so many categories of fake ads that it is impossible to list them all. Let me name a few: fake holiday homes, fake jobs, fake real estate rentals,  fake clean up your credit ads,  photographs supposedly showing delicious food when in reality it is all put together with phony look alike products, fake ads in your emails and so much more. I guess what I dislike about the fake ads is that people are cheating by using sympathy, a desperate need for money, and praying on decent individuals feelings.  If you are in the United States and find any of these fake ads, click prohibited and it will automatically be flagged and removed.