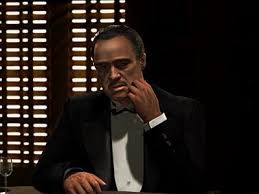 There are are many forms of guilt. There are people who commit crimes, know they did wrong, but refuse to admit their guilt. The “Godfather” movie is a perfect example of people denying their guilt. Bobby Kennedy, the District Attorney for the United States government,  spent years trying to convict the American Mafia of criminal activities. He didn’t do that well. Italy has been working on it for years, and only recently was able to arrest a number of people in the Mafia who were guilty of numerous crimes. In any judicial system, except certain countries, an individual has the right to say whether they are guilty or not. Then there is the burden of proof. There is also the guilt that parents inadvertently and with others purposely make their children feel. Most parents when they recognize that they have said something wrong to their child or children, apologize and retract their statements. There are, however parents, who place guilt on their children that lasts a lifetime. I know a father who told his son from the time he was about nine years old, that he was responsible for the entire family and if he didn’t take care of them it would be all his fault. What kind of man says that to a small boy? As a young adult, this young man told me about this one day. I told him that first of all his brothers and sisters were way past twenty-one and could take care of themselves. I told him that his life was for him and that he was an important human being. He is recently married and is beginning a new chapter in his life. I hope I convinced him that he should not have any guilt as all of his brothers and sisters are older than him and if there was to be responsibility it should be towards him as he is the youngest in the family. I also know a couple where the husband has cancer. He has treated his wife poorly over the years. He has left her alone, ran around with other women, and frequently didn’t contribute to the household income. He did, however, take the money his wife earned, and spent it on the women. Now because she is fed up with all his nonsense and told him before the cancer, he is trying to make sure that once he passes that she has terrible guilt for not returning to him and being his wife in every sense of the word. Can you imagine such nonsense? I hope that as time passes that those negative words spoken to her will not remain in her brain and she won’t have any guilt once he is gone. If you know anyone like the people I have mentioned, I encourage you to help them not feel the unwarranted guilt someone may have given them.