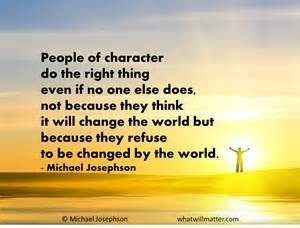 How often have you heard the words, “I didn’t mean it?” There are people who use that phrase all the time and in reality they really did mean to do or say whatever it was they are denying. As parents, we understand that when a child says “I didn’t mean it” they probably didn’t. They were investigating , trying a new way of doing something, or in a fight with their sibling and it simply went too far. I once worked in an office environment with a person who always said, “I didn’t mean it,” except that she really did.  She barely did any work.  She passed as much work as possible off to anyone  who would do it.  When the boss promoted her, the title went to her head.  She should have been let go.  She was incompetent, lazy, and a liar.  Her “I didn’t mean it” extended to everything.  When she interfered in people’s personal business or “snooped” around to see what she could find about them, she then used that information against them to force them out of the company or to quit.  I have heard adults use those words in an argument when they have made a huge mistake as if “I didn’t mean it” could change what happened.  How many times have you heard on the news, TV, or the internet, people who have harmed another person or worse yet, killed them say that they didn’t mean to do it.  Unless they are mentally incompetent, they did mean to do it, don’t you agree?  It gets old hearing people use those words as an excuse.  It would be better if they just admitted  whatever it was and dealt with the consequences.  I recently was told by a friend of mine that her husband had cheated on her for over twenty years.  She had no clue as she always thought it was a work relationship.  When she found out the truth, which sadly almost everyone else had figured out, his response was “I didn’t mean it.”  Seriously, as blind as she was, even she knew he meant it.  I have never understood how people can give a pathetic excuse and believe that whomever hears it will accept it.  There may be people like that.  I imagine after reading this blog, if someone says to you, “I didn’t mean it” you will think twice as to whether they are telling the truth or a lie.