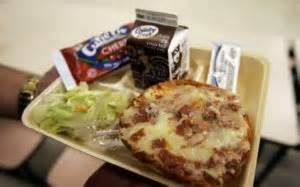 I saw an article the other day on the internet about a woman being fired for giving free lunch to hungry children. It bothered me for a few days until finally I had to write about it. The woman, Della Curry, loved her job and knew her students. She knew who had allergies and who couldn’t afford lunch. Many times she put her own money in to cover the child’s lunch. There is a program at the school that a child will receive two free lunches and after than they can receive a cheese sandwich if they can’t pay. The parents would be billed for any free lunch a child may receive. It sounds good in theory, but not in real life. The position of the school is that if don’t have the money to pay but then the lunch is thrown away. With all the starving children in the world, I nearly fainted when I saw the words thrown away. Della felt that rather than throw it out, let the child eat it because the child was hungry. Parents, students, and even the media are outraged. Children do not understand their parents’ finances they just know they need to eat or they are hungry. No one took into account that if the parents could afford to pay for lunch for their child at the beginning of the school year, doesn’t mean that circumstances have changed and now they are unable to pay. They could have lost their jobs, had a family emergency that required extra cash, a grandparent suddenly became ill and needed help, the ex didn’t pay the child support, or about a dozen other things. It appears to me that Della was doing the right thing. She should not have been punished for feeding a hungry child. The lunch money, when a parent or parents are having money problems, is the last thing in their minds. In addition, by throwing the lunch away, the school administration if not paid by the parent/parents, still receives compensation from the U.S. Federal Government.  What a system!  Apparently, the administrator of the Cherry Creek School District, where Della was fired, cares more about punishing a kind thoughtful citizen rather than filling a child’s stomach.  Della took it well although she loved feeding the children and said she would miss it. Its amazing something so right can turn into a second act so wrong.