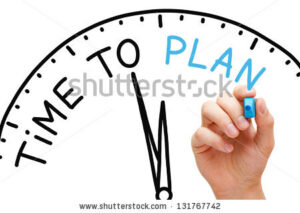 At the end of the work day when people have a day or two off, their workmates always ask if they have any plans. You also often hear it on news shows or CNBC when the hosts ask each other about their plans for the week-end. Often we make plans and then something interferes and we have to change or cancel them. There are people though that you make plans with and then at the last minute they cancel for some reason. They generally claim health or work. Then when you discover that they basically dumped you because something better came along your feelings are hurt. I had a friend who had this happen to. She would make plans with a few girls and then at the last minute one or two would cancel because a guy called to ask her out. My friend felt that the girls had no respect for themselves as they couldn’t keep a commitment. On top of that, if a man calls at the last second, stop and think. All of his plans probably fell through and whomever he called was a last resort choice. When we were young we had all sorts of wonderful plans as to how we were going to live our lives; where we were going to live; what type of career; and the type of person we might marry or not. As we progressed in age, our plans changed. Once we became adults a whole new set of plans were developed. As our lives evolved so did our plans. There is an old saying, “Life happens while you are making other plans.” Its is really true. There are individuals who are stuck in dead end jobs and while they are making plans, they still remain in the nowhere job. Plans are great, but action is required to implement those plans. When I make plans, regardless of who they are with, or even in business, I follow through. If the plans fail, I make new ones and try again. For all of my readers who are interested in my new website, Mae Charles Books, it is still moving along.  “Misplaced Trust” is close being ready.  I have also worked on a financial project which I have used most of my life that I believe everyone will be interested in.

Please vote for me. https://www.missionmainstreetgrants.com zip code is 89108.