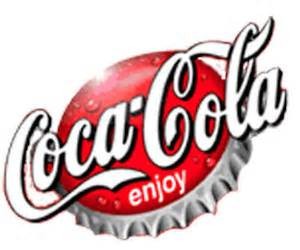 There is a great deal of controversy about soda. Some locations in the world call it soda, others pop and still others tonic. Whatever you call it, in most parts of the world the big brand companies flavor their products with high fructose corn syrup which is not good for you. However, that is only half the story. Now Coca-Cola is paying for a study that will clearly state that drinking soda, and eating high fat foods is not what makes people fat. It is their lack of exercise. Anyone who buys into this theory, has not read about people in developed countries who eat fast food. The growing rate of people who are overweight, and in many cases significantly, can almost always be directly contributed to high fat fried fast food with the accompanying soda. I read the article about this study and went back and read it a second time as I simply couldn’t believe my eyes. There is not enough exercise in the world to help a person keep in good shape if they eat high fat foods and drink soda. The calories alone, which are empty ones at best, in soda are outrageous. Even diet soda will help you gain weight. Wherever you read, there is the constant discussion about people being overweight. In the United States, the number is so high that Type II diabetes is now at epidemic proportions. I have read numerous articles that were written by a variety of doctors stating that if their Type II patients exercised and lost weight, that their condition would disappear. In most cases, it did. Type I, however, will not disappear. I have written about various documentaries and soda in the past.  However, the fact that they are coming back around saying eating high fat foods and drinking sodas will not put weight on a person, is just, in my opinion, ludicrous. If you have ever seen a show entitled “My Six Hundred Pound Life” and observed what they ate, it was clear that the food was fried fast food and not all, but many of them drank soda.  The worst part of this study is the big lie.  They are doing this to convince people to drink their soda regardless of the consequences.Once again it is all about the money and profits. Overweight people have numerous health issues.  There are people who have a thyroid problem or PCOS and their weight gain can be devastating.  I have seen websites of PCOS groups where the women are careful about what they eat, watch their caloric intake and really exercise.  Yet still because of their condition, they cannot control their weight. I hope you have the opportunity to read the new Coca-Cola study,  under the name the Global Energy Balance Network.

Hello colleagues, good piece of writing and good urging commented here, I am in fact enjoying by these.|

Hi, i see that your blog is low ranked in google’s search results, your articles are
interesting, but don’t have a lot of social shares. There is one service that every blog
owner should know, especially when you have low traffic, search in google for: Isunton’s SEO Improve

Thank you. I will mention that to my web designer.

Heya i am for the first time here. I found this board and I find
It really useful & it helped me out a lot. I hope to
give something back and aid others like you helped me.

You are very welcome.

Hello! I could have sworn I’ve visited your blog
before but after browsing through some of the posts I realized it’s new to me.
Regardless, I’m certainly happy I discovered it and I’ll be book-marking it and checking back regularly!

Thank you. I try to write every day.

Outstanding post but I was wanting to know if you could write a litte more on this subject? I’d be very thankful if you could elaborate a little bit more. Kudos!

great points altogether, you simply gained a brand new reader. What would you recommend about your post that you made some days ago? Any positive?

Sure I would be happy to.

It is the best time to make some plans for the future and it is time to be happy. I have read this put up and if I may just I wish to recommend you some interesting issues or suggestions. Perhaps you can write next articles relating to this article. I wish to read even more things approximately it!

What i do not realize is in reality how you’re not
really much more smartly-preferred than you may be now. You are so
intelligent. You already know thus considerably in relation to this subject, produced me for my part believe it from a lot of various angles.
Its like women and men aren’t fascinated except it is one thing to accomplish with Woman gaga!
Your individual stuffs excellent. Always take care of it
up!

Thank you so much.