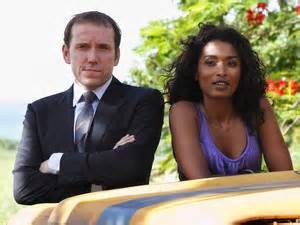 Many of my readers have asked how I come up with the topics I blog about every day. Some days it is very easy. Other days, I really have to develop an idea. After I finish a specific topic, I always read or see something that makes me realize I should have included that idea. Let me elaborate. Today I was watching “Death in Paradise,” which a joint UK and France effort for a lighthearted comedy drama set in the Caribbean. I love the first two series of the show which starred Ben Miller. He couldn’t face leaving his family for another six months for filming the series,  so he was replaced by Kris Marshall. I was watching it today while ironing and the theme of this particular episode involved a very successful man who had three adult children. One of the children had recently returned home because the mother had passed. The dad, after his wife died, had begun rethinking his will. He sent a letter to his solicitor telling him that he had supported his children far too long. He went on to say that they felt that they were entitled to be carried financially by him. Obviously, he was the one murdered. It amazed me, though, as I just written about people who feel entitled and had completely missed this type of individual. This isn’t the first time this has happened to me, though.  It seems to occur within two to three days after I have written about a specific subject that I see another angle to give a different perspective on that subject.  The topics I have written so far seem to be enjoyed and appreciated by all of you.  I have had requests for additional blogs on a few subjects.  Recently, I did do a second blog entitled “More Peer Pressure” as I had so many requests for a second one.  I hope everyone continues to enjoy the topics I blog.